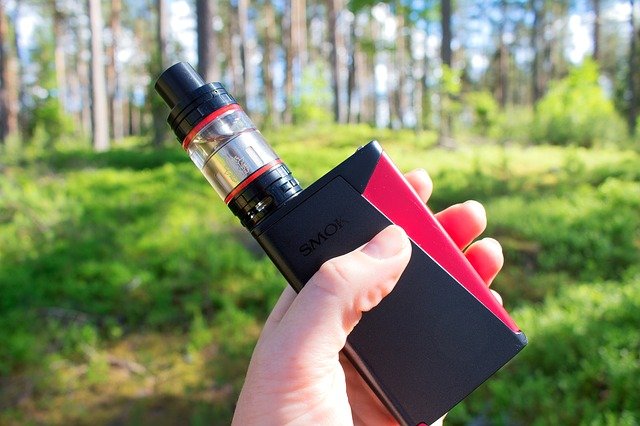 Even though the consumption of #cannabis through vaping devices is without any shadow of a doubt superior to smoking or any other kind of combustion, there are some important pitfalls that should be addressed, as they can also cause a lot of trouble if left unresolved.

The thing that also needs to be taken into consideration is that there are numerous shades within the vaping world.

First starting off with the tools used for vaporizing: they differ in heating technology (conduction or convection heating), and the type of material used for vaping (concentrates, flowers, oils).

We’ll cover all these variations soon enough, but right now we should say a few words about the general difference between vaping cannabis and smoking, in case some readers aren’t acquainted with any full extent of what exactly is going on during vaping and smoking sessions.

How Do Vaporizers Work?

The way all vaporizers work is that by heating the substance to a much lesser degree than an open flame, causing the active chemical compounds to get released from that particular substance in the form of vapor.

In the case of cannabis, both cannabinoids and terpenes make their way from the solid flowers and relocate into the vapor because of the heating process.

Once you inhale the vapor, the combination of cannabinoids and terpenes reaches your bloodstream through the alveoli in the lungs.

The same applies to cannabinoid-infused oils, too. The heat created by the device vaporizes the oil, making all the chemical compounds available for absorption.

I already mentioned the massive difference in temperature that is at the core of differentiating vaporization and combustion.

Even by smoking completely pure organic cannabis, we can not avoid the smoke as a result of combustion.

Unfortunately, smoke fills our lungs with various toxins and carcinogens, most notably tar and carbon monoxide.

All of these negative substances and particles that enter our body because of smoking can be avoided with vaporization.

And since vapor is so much purer than smoke, even the psychoactive sensation itself will be and feel much more natural.

Also for medical patients who experience various bronchial and lung-related issues vaporizing is a safer and pleasant option, as it doesn’t irritate our respiratory system as combustion does.

But when we get behind the fact that vaporizing is much healthier than smoking, there are also some issues with vaporization that require our attention.

Because the soothing vapor is far more gentle for the throat and the lungs than smoke, some users tend to overindulge in cannabis.

This is more apparent in younger consumers, especially the recreational ones.

Even though vaporization is much healthier, the overindulgence in cannabis, and particularly strains that have been “modified” to have a very high concentration of THC, can create some pretty serious problems.

The issue here is the ratio of THC and CBD is out of natural balance so cannabidiol (CBD) is unable to lessen the psychoactivity of tetrahydrocannabinol (THC) to the extent that it normally would.

This can lead to vaping sessions that will leave the user feeling anxious, even paranoid, which is the complete opposite of the effect that cannabis should bring about in a user.

The way vaporizer units increase the possibility of this problem is just by making the session more enjoyable, making it easier to consume greater quantities of cannabis that a user would normally consume with, for instance, in a joint or a bong.

Even with the lack of anxiety and paranoia, frequent overindulging in cannabis can very easily leave a person feeling lethargic and lazy. And this could become a real problem, we can all agree on that.

As you can notice, this issue isn’t directly caused by vaping, but it can indeed be triggered by these devices.

Vaporizers create a much more pleasant sensation comparing to combustion, especially in a way they also create an excuse to consume more cannabis, which can lead to some very detrimental effects.

2. Infrequent Sterilization Of Your Vaporizer

Education is essential even when it comes to vaping. Most users don’t realize, but regular cleaning of your vaping device is essential, particularly if you’re using the vaporizers suitable for cannabis liquid and semi-liquid derivatives: oils, concentrates, waxes, and hash.

Some users who are used to using cannabis in an old-school way have a hard time accepting the fact that cleaning the vaporizer on a regular basis is an absolute must.

A dirty device can cause a lot of difficulties: lowering the performance level of your unit, lessening the flavor and aroma of the vapor because of the clogged pathway…

Cleaning and sterilizing the mouthpiece regularly is also very important, especially if you’re sharing the vaporizer with other people.

Nobody wants the germs to roam freely on the vaporizer! Simply, it’s gross, and very unsanitary at the same time.

In order to avoid all of this, make sure to thoroughly clean your device at least once a week.

Also, if you’re using your vaporizer with someone other than yourself, grab the isopropyl alcohol and give that mouthpiece a good rub.

Regular maintenance and cleaning of your vape will keep it running smoothly for the years to come.

Think of it like protecting your investment and your wellbeing at the same time.

RELATED:  5 Tips on How to Clean your Vape Pen [with Bonus]

If you’re using a vape pen for your cannabis oil, it’s quite essential to regularly check the status of your coil.

There are several different types of coils used for vaporization, but the thing that’s in common for all of them is the need to be changed periodically.

How often should you do it really depends on the frequency of your consumption.

Some sources suggest that the coils can be thoroughly cleaned at the comfort of your home.

By doing this you’ll extend the life of each particular coil, as the ones that are made from high-quality materials aren’t cheap at all.

Cleaning the coil should be done properly and safely, so before you start, do the research and check several vape-related forums.

Another big aspect of coil lifespan is the type of oil you’re consuming.

Purer cannabis mixtures will oxidize the coil to a much lesser extent than the oils that are rich in additives.

The most troubling and dangerous side of using a coil that’s been used for too long is that after an extended period of use the oxidation will remove microscopic metal particles from the coil, which can then enter the oil, and subsequently enter your lungs along with the vapor.

This is something you definitely don’t want, and because of this, make sure to change your coil regularly, and clean it only if you’re really tight with cash at the time (but you should buy a brand new coil as soon as you can).

So, for the safe and pleasurable vaping experience make sure you follow these guidelines and be a responsible vaporizer user.