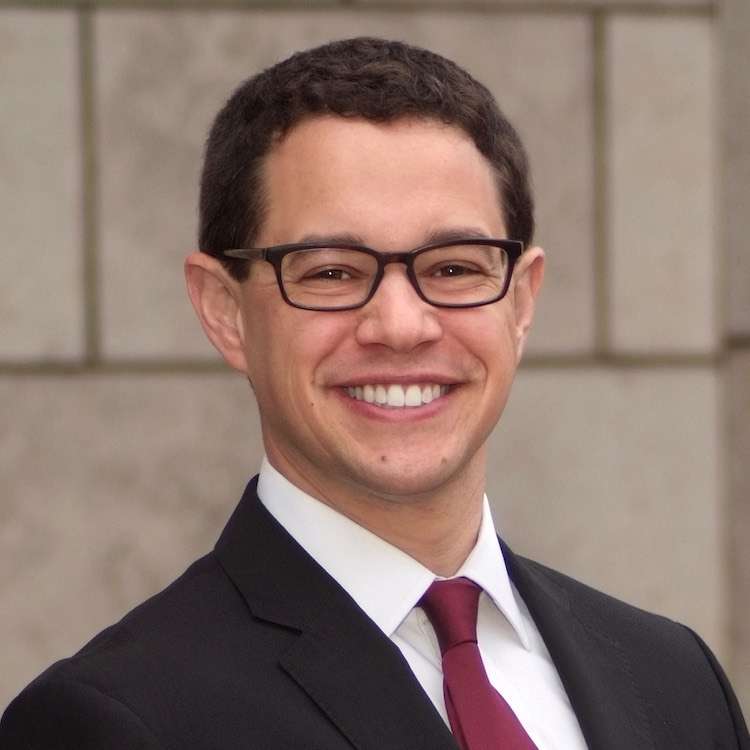 Andrew Freedman is the Executive Director for the Coalition of Cannabis Policy, Education, and Regulation (CPEAR), @CPEARCoalition.

Its mission is to establish a responsible and equitable federal regulatory framework for cannabis in the US. In short, their mission is to get the federal cannabis policy done right.

In this Q&A, Andrew talks about policies in place right now to prevent youths from using cannabis, shares data on the effects of cannabis, his experience in implementing legal cannabis marketplaces, should companies still test on THC for new hires, and more!

Read on to educate yourself and be more informed!

Ganjly: Can you tell us your background? What were your reasons for going from a mainstream industry to the cannabis space?

Andrew Freedman: Before becoming the nation’s first “cannabis czar,” I was working on education reform in Colorado. I was a newly minted lawyer in 2010 when I joined the Hickenlooper administration in Colorado as the Lieutenant Governor’s chief of staff.

My office oversaw education reform from preschool through post-graduate education. Shortly after voters legalized cannabis in Colorado, the Governor appointed me the Director of Cannabis Coordination, a title that quickly became referred to as “cannabis czar”.

My career in cannabis was somewhat fortuitous and unplanned. I didn’t wake up one day thinking, “I want to get into cannabis policy.” I was at the right place at the right time, but being somewhat of a technocratic nerd, the challenge of implementing a legal cannabis marketplace was fascinating to me.

Since it had never been done before in the United States, it felt like a great opportunity to be on the cutting edge of a new policy arena.

Since then I’ve worked with 19 other governments, in either an advisory or consulting capacity, to help them conceive and implement legal cannabis markets.

I’ve learned a lot along the way, and it’s exciting to be at the point we are today, with a robust conversation happening among cannabis advocates, policymakers, and businesses about the future of legal cannabis.

Would you say that specializing in cannabis law is more demanding than other industries? What is the most difficult part of your job?

I think the hardest part of my job sometimes is educating people about the basics of cannabis regulation.

Call it “Cannabis 101.” Cannabis as a plant has been around forever, it’s been in the culture forever, but it’s also been stigmatized and prohibited to such a degree that a lot of people in the position of regulating cannabis don’t know a whole lot about the plant, how it’s been regulated across the country at the state level, or what the impact is societally in terms of economic empowerment and job creation.

There are a lot of misconceptions out there, like a hangover from the “Reefer Madness” era.

While I naturally want to jump into the weeds and talk about policy and regulatory mechanisms and pathways, sometimes it’s necessary to take a step back and outline the basic facts – public health and safety facts, economic facts, over-incarceration facts – before I can have a conversation about more technical aspects of how the law should apply to cannabis.

Are there difficulties you faced when implementing legal cannabis marketplaces? What are some of the most common issues?

This is a tough question. There are so many questions that need to be answered, and states are sort of making it up as they go along. One of the most common challenges which have gained steam more recently is how to implement equity licenses or ensure that the communities most harmed by the war on drugs can benefit from the legalization of cannabis.

For example, you can give equity licensees a “head start” by allowing them earlier access to a legal market, but because cannabis is still federally criminalized, those licensees usually do not have access to capital – to traditional financial services, business loans, the type of investments and credit you could get if you were any other type of business.

In effect, you have a license to sell cannabis, but no resources to get your business off the ground. Ultimately, an equity program like this has the right intentions, but the structures are not in place to achieve the intended goal.

States are experimenting with different ways to establish and implement these programs, but some are running into litigation (because non-minority licensees can claim discrimination), others are just poorly thought out despite their good intentions, and others still are too complicated or unenforceable.

To get social justice elements of federal cannabis regulation right, it will take a lot of thoughtful discussions, examination of the lessons learned from states who did this well (and those who did it less well or poorly), and it will need to be comprehensive.

Access to capital, the level of vertical integration, and even the definition of which businesses quality as minority-owned will all influence how successful the implementation of an equity license system is.

What is the mission of the Coalition for Cannabis Policy, Education, and Regulation?

In a nutshell, our mission is to get the federal cannabis policy done right. We have a saying that’s oft-repeated at CPEAR: “It’s not if, it’s how.” The reality is that cannabis legalization is already here. Eighteen states allow for adult-use and 37 have legalized medical cannabis.

Nearly half of the American population currently lives in states with legal cannabis. So, we need to dispense with the question of “if” cannabis will be legalized, and drill down into how to regulate it in a way that protects public health and safety while offering economic opportunity for small and minority-owned businesses, along with a host of other tough questions.

That is the essence of our mission at CPEAR – to change the narrative from pro- or anti-cannabis to how do we create a thoughtful, comprehensive regulatory framework for cannabis.

What policies are in place right now to prevent youths from using cannabis?

The states have done a remarkable job focusing on youth prevention. A federal approach to legalization should build upon what the states have started. First, let’s get the criminal justice code right.

It might not make sense to lock away youth for cannabis use, as most judges tell us that that is simply a good way to ruin their future job prospects. Instead, we should be screening for substance use disorder, and providing the treatment needed to help those youth struggling with addiction.

Second, the cannabis industry should strive to be the best industry in the world at preventing sales to minors. We should focus on public education campaigns that have proven to work in preventing use. And finally, we should be using cannabis tax revenue to invest in in-school and after-school programming that has proven to be effective.

What positive data can you share with us on the effects of cannabis on a state that just legalized adult-use and medical cannabis? Are there any negative effects that CPEAR analyzed?

The answer to this question is hundreds of pages long. A really good, and recent, data study has come out of Colorado, which can be found here. I hesitate to say only a little bit on data when I think the topic deserves a comprehensive treatment.

But I will give this note: beware of people sharing any “fact” that says there has been some monstrous increase in something terrible. The sky has not fallen anywhere.

Most of the time people reporting disastrous increases in some social ill are manipulating data far beyond what any reasonable data scientist would deem proper.

Do you think that companies should still test for THC on new hires?

Workplace safety is an important issue and one that shouldn’t be dismissed with regard to legalizing cannabis. However, testing around cannabis is harder and less precise than testing for other intoxicants, like alcohol for example. Cannabis can stay in your system longer even after any impairment effects wear off – meaning you can test positive for THC even if you aren’t high.

Ideally, comprehensive federal cannabis reform would protect workers from discriminatory testing procedures and alleviate the social stigma around cannabis use, helping to reduce the risk of job loss over cannabis use.

That being said, we do think employers and employees have a responsibility toward workplace safety. We certainly do not promote or encourage unsafe behavior on the job due to impairment from any substance – be it opiates, alcohol, cannabis, or anything else.

But do we think people should be barred from employment or fired over responsible cannabis use? Absolutely not. How we get there will be a topic CPEAR will be weighing in on in the coming months.

What do you hope to see in terms of cannabis laws and regulations in five years?

In an ideal world five years from now, we will have established a thoughtful, comprehensive federal cannabis regulatory framework that embraces CPEAR’s core principles. Creating an equitable and safe legal market that aligns federal and state systems while empowering small and minority-owned businesses will be a policy choice, and using our principles as an intellectual framework for federal policy offers a roadmap to get there.

Thank you, Andrew, for taking the time to answer all our questions. We really appreciate it! To know more about Andrew, please go to the Coalition for Cannabis Policy, Education and Regulation website CPEAR.org.

Andrew Freedman made history in 2014 when then-Governor John Hickenlooper tapped him to become Colorado’s cannabis czar, in charge of implementing the world’s first adult-use cannabis market. Since then, he has advised 19 different governments in establishing their cannabis regulatory frameworks. In 2021, he launched the Coalition for Cannabis Policy, Education, and Regulation (CPEAR) with a mission to advance a comprehensive federal regulatory framework for cannabis. Andrew holds a J.D. from Harvard Law School and a B.A. from Tufts University.

RELATED:  Emma Chasen: Educating People on the Science Behind Cannabis