The Worldwide Medical Cannabis Industry is Expected to Reach $24.8 Billion by 2027 – ResearchAndMarkets.com 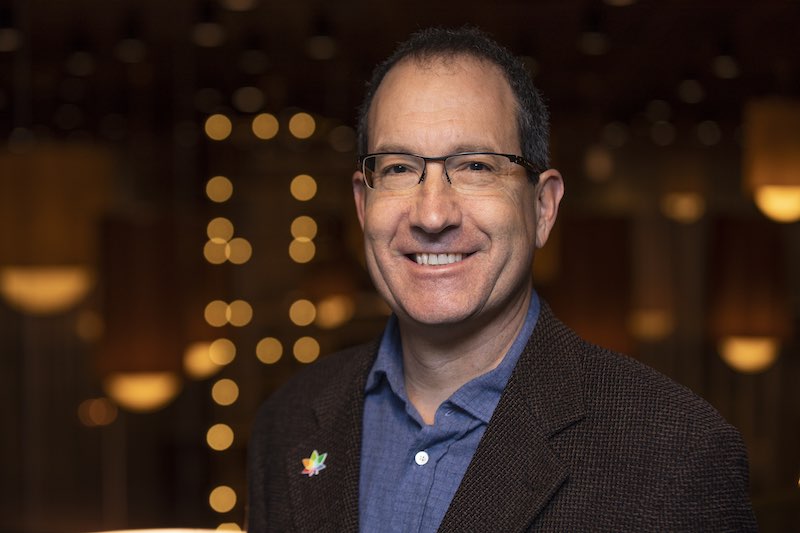 Charles Jones is the Founder and CEO of LucidMood, makers of mood-enhancing cannabis vaporizers that allow for a functional cannabis experience.

The desire to create cannabis products for mainstream consumers and background in cognitive science prompted Charles’ entrance into the cannabis space and ignited a drive to understand how terpenes interact with the endocannabinoid system to affect our moods.

Prior to LucidMood, Charles served as the Chief Scientist at the Institute for Adaptive Mastery where he developed TENOR, a 5-step process for Translating Emotional Intelligence into Higher Performance.

When he’s not busy disrupting the cannabis industry you can find him listening to the Grateful Dead or exploring the great outdoors with his son.

We had a chance to interview Charles. Read on to learn more about him and his company, LucidMood.

What’s your background and what made you decide to get into the cannabis industry?

Charles Jones: I was working as an executive coach in corporate America when a friend of mine asked me if she should be concerned about her teenage son’s use of cannabis.

I told her that I would be happy to analyze the peer-reviewed research and get back to her.

Two weeks into taking a deep dive into the literature, I had arrived at two conclusions:

1. That my friend should be far more concerned about her son’s use of Adderall than his use of cannabis.
2. That cannabis was not a single drug like alcohol or caffeine, but rather that cannabis was a drug development toolkit with dozens of cannabinoids and hundreds of terpenes that could be combined to make a wide range of psychoactive substances with superior risk/reward profiles than many popular prescription and recreational drugs.

After assuring my friend that her son was going to be okay, I pulled together a team to test the feasibility of extracting the psychoactive ingredients of cannabis and re-combining them to create cannabis products for supporting people in enhancing their enjoyment of their life.

A year later, we had four products on the shelf of Colorado dispensaries.

What’s the most challenging experience you’ve had in the industry so far?

Charles Jones: Raising capital for a product that people thought was too good to be true.

What’s the proudest moment you’ve had?

Charles Jones: Being the subject of full-length article in Entrepreneur Magazine was definitely a highlight, but it’s the emails we get from people telling us how LucidMood has changed their life that mean the most to me.
RELATED:  Sohum Shah: Director of Investor Relations for MassRoots

How many employees does LucidMood have and what kind of traits do you look for when hiring new members?

Charles Jones: We have seven full-time employees and expect to add one to two a month for the foreseeable future.

Everyone who works here is intelligent, kind, and a self-starter.

What is your advice for hopeful cannabis entrepreneurs who are considering joining the industry?

Charles Jones: Find a void you can fill and sell yourself to the highest bidder.
RELATED:  Cody Johnson Interview: Cannabis as a Unique Psychedelic and more

What are the positives and negatives they should expect?

Charles Jones: The biggest positive is that there is still a ton of white space in the industry.

The biggest negative is that unless you can translate your expertise from an adjacent industry and/or leverage your existing network, you are going to be out-competed by someone who can.

What separates LucidMood from its competitors?

Charles Jones: We are hands down the most approachable brand of cannabis for a novice consumer.

Does LucidMood have any upcoming products that you could discuss or drop hints about?

Charles Jones: Look for THC-free cannabis products that you can buy online in the new year. Products to relieve stress and enhance creativity should be out by Feb or Mar.
RELATED:  Kim Rael: Producing Fast Acting and Predictable Cannabis Edibles

Thank you for doing the interview Charles! We are excited to see what products you will be coming out next. To learn more about LucidMood, go their website LucidMood.net.

Check the latest updates on them through their social media:

The Worldwide Medical Cannabis Industry is Expected to Reach $24.8 Billion by 2027 – ResearchAndMarkets.com