Derek Riedle: Establishing a Media Company for the Cannabis Industry 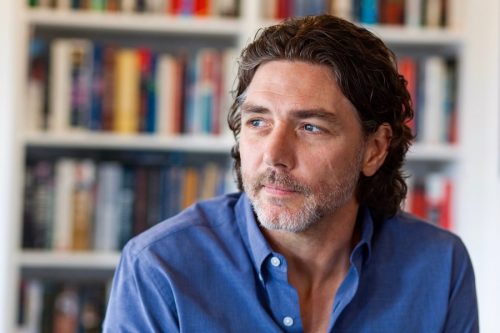 Derek Riedle is the Founder, and Publisher of @Civilized_Life, a media company that speaks to motivated, productive adults who choose to enjoy cannabis as part of a healthy, balanced lifestyle, but don’t define themselves by it.

We recently invited Derek for a Q&A session to talk about his background and his company Civilized.

Ganjly: What is your background and what made you decide to pursue a career in cannabis?

Derek Riedle: I have worked in marketing, communications and politics for my entire adult life. I have also been a cannabis consumer, so I fundamentally understood that the reality of cannabis was very different from the stereotypes. So I was personally invested in living a more authentic life and emerging from the cannabis closet. Plus, as a professional communicator, the opportunity to break stereotypes and change culture was irresistible to me.

Ganjly: How many employees do Civilized have and what kind of traits do you look for when hiring new members?

Derek Riedle: We’re at 25 and we’re about to double. Passion is the number one thing I look for. Obviously, technical skills have to be there, but we really look for that X factor, that passion. When we see it, we hold on to it. We have been known to find the right people and train on the job, help them grow into it.

Ganjly: What is the most challenging experience you have had in the cannabis industry so far?

Derek Riedle: The number one issue in North America is the state of uncertainty caused by the United States. When we entered the cannabis industry, Obama was in the White House, states’ rights were being respected and because of that, the cannabis industry was starting to take off. That all changed when Trump was elected and Jeff Sessions was named attorney general. On the other hand, in Canada, we had a Conservative government, but that flipped in 2015 when Justin Trudeau was elected on a platform committed to legalization.

In that year between Trudeau’s election and Trump’s election, the 49th parallel became the border between certainty and uncertainty in cannabis. Capital has shifted to Canada – Toronto is the cannabis capital of the world right now because of it, and it shows no signs of slowing down. Battling that uncertainty in real time was a challenge. It’s been exciting but it certainly forced us to pivot strategically.

Ganjly: What is your proudest moment since you started down this path of being an entrepreneur in the cannabis space?

Derek Riedle: In the end, we’re always proudest of the people we have an opportunity to work with. We have high-performance teams on Canada’s east coast and in California. We’re thankful and very, very proud of the effort people put in every day in support of this vision.

Ganjly: Do you have plans for new products, services or events and would you be willing to drop any hints about what we can expect from Civilized in the future?

Derek Riedle: The whole base for Civilized is our editorial content that lives at civilized.life. The opportunity moving forward is to nourish, enrich and bring that brand to life by creating experiences where we can interact with our audience.

So we’ve just announced an amazing event happening in Saint John, New Brunswick in June. The World Cannabis Congress is bringing together 400 of the industry’s top minds to discuss and debate the future of cannabis.

Suffice to say, we’ve got a couple of other incredible events we’re going to roll out in the next couple of months that will support the changing face of cannabis in North America.

Ganjly: What is your advice for hopeful cannabis entrepreneurs who are considering joining the cannabis industry? What are the positives and negatives they should expect?

Derek Riedle: Act now. There are going to be ups and downs as the industry evolves, but we are certainly on an upswing right now. Find your entry point and move. Don’t wait around and let the opportunities go cold.

Thank you, Derek, for taking the time out to talk to us! Derek founded Revolution Strategy, a strategic communications agency, and is the Co-Creator of Real Houses of…, a television series showcasing some of the most interesting homes in North America and the personalities behind them.

To learn more about his company, go to Civilized.