Hemp Developments in Oklahoma, Georgia and Iowa [May 2019]

This update is provided by our friends from US Hemp Roundtable. Check out hempsupporter.com and become a hemp supporter 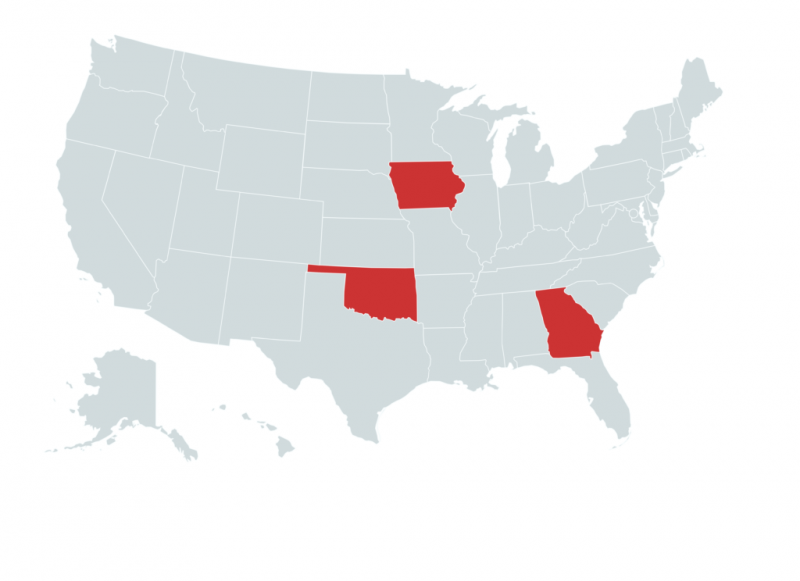 Retail sales of industrial hemp and hemp products may be conducted without a license so long as the products and the hemp used in the products were grown and cultivated legally in this state or another state or jurisdiction and meet the same or substantially the same requirements for processing hemp products or growing hemp. The addition of derivatives of hemp, including hemp-derived cannabidiol, to cosmetics, personal care products and products intended for human or animal consumption shall be permitted without a license and shall not be considered an adulteration of such products.

Interestingly, in this bill, Oklahoma became the first state in the nation to require CBD products to include on their labels (1) the country of origin of the cannabidiol; and (2) whether the cannabidiol is synthetic or natural. Congrats and thanks to all Sooners who contacted their legislators through the Roundtable portal.  Our voices were heard!

GOOD NEWS FROM GEORGIA – Last week, Governor Brian Kemp signed House Bill 213 which makes Georgia the 42ndstate to adopt a hemp growing program.  Originally a very restrictive bill, Roundtable General Counsel Jonathan Miller, and a series of Hemp Supporters, testified in Atlanta for stronger protections for hemp farmers and hemp products like CBD.  Legislators listened and improve the bill dramatically.  It’s not perfect – a very unclear provision bans “food products infused with THC” unless approved by the FDA.  However, Georgia leaders stated that that provision applies only to high-THC marijuana edibles, and pledged to clarify the full legality of the retail sale of products like hemp-derived CBD through the rules and regulations process.  We will keep you updated at this space.

RELATED:  Hemp Progress in Florida, Kansas and Texas [May 2019]

Unfortunately, yesterday at the bill signing, Governor Reynolds also issued a contradictory statement, arguing that the bill does NOT legalize the retail sale of CBD, that federal law controls, and that the FDA has declared that CBD is not a dietary supplement.  Regular readers of this space know that the Roundtable strongly disagrees with this assessment – in our informed opinion, the FDA’s guidance is inaccurate, and it is neither final, nor legally binding.  However, we anticipate a continued battle in the Hawkeye State.  Hemp Supporters, please stay tuned for our next strategy.

Launched in early 2017, the U.S. Hemp Roundtable is a coalition of over dozens of hemp companies – representing every link of the product chain, from seed to sale – and all of the industry’s major national grassroots organizations.

We have already achieved our primary mission: securing passage of bi-partisan legislation in the U.S. Congress that established hemp federally as an agricultural commodity, permanently removing it from regulation as a controlled substance. Our efforts included an aggressive, targeted, grass-tops lobbying campaign that brought leading farmers and business executives to Washington, with complimentary grassroots efforts that resulted in hundreds of thousands of targeted emails sent to Members of Congress.

The battle for full legalization, however, is not over.  Some states have not yet joined the cause, and there are continued fears of over-regulation by local and federal agencies.

In order ensure the long term viability of the industry – the Roundtable’s mission includes:

Best Cannabis Products and Accessories to Buy in 2021

The Medical Benefits Of Cannabis