How to have Graceful Marijuana Etiquette 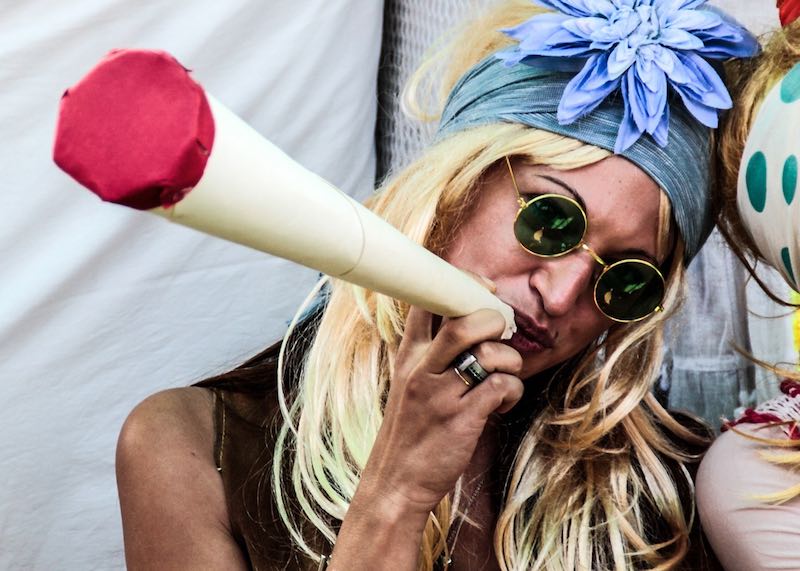 Contrary to popular belief, smoking #marijuana isn’t exactly the “anything goes/couldn’t care less”  activity. This is particularly true when viewed in the context of social settings.

Similar to the norms of standard social etiquette, there are a few unwritten rules when it comes to smoking the herb in the company of any sized group, large or small.

Well, consider these rules unwritten no more. We’re here to provide a primer on what you should and shouldn’t do regarding all things marijuana when there’s company around.

Bring your Own Weed

It’s customary or polite to bring your own offerings such as a bottle of wine or a 6 pack of beer when invited to a lunch or dinner.

The same principle is applied when you find yourself being invited over to a friend’s place to share a bowl or two.

As a host, it can get pretty expensive to provide food and drinks to a whole group of people.

Those costs ramp up more quickly when marijuana is involved which is why it’s always nice to bring a small token of appreciation in the form of your own weed contribution.

Not only does bringing your own weed to share show to everyone that you’re not a basic freeloading stoner, you’ll also be providing some good herb for everyone invited guaranteeing you’ll be invited to future gatherings.

In other words, everyone brings weed, everyone has a good time, it doesn’t get any simpler than that.

In the case money is tight, one of the best ways to save weed is by using a vaporizer. The average dry herb vaporizer costs about the same as your average bong.

However, the savings come in when you’re vaping. You can get by on a bowl of weed from a vape pen rather than through a bong.

RELATED:  Here Are the 6 Most Popular Vape Devices to Check This Month

Bongs tend to rip through your weed since you keep smoking and packing. Since vapes heat up your herbs at a lower temperature, a bowl lasts much longer in a vape.

Be Respectful to Those Around You

We get it, everyone just wants to have a good time. What some fail to understand however is the possibility that some people just might not share the same concept of fun as you do.

When it comes to smoking weed, even amongst friends it’s never cool to pressure someone into smoking marijuana.

If someone in the group passes his or her turn to smoke the joint, don’t make it an issue and respect their decision to pass.

Not everyone has the same iron-built tolerance to weed that you might have.

Pressuring someone to smoke more than they think that they can handle will just lead the party to a point where people don’t really have fun.

Being respectful includes not blowing smoke into people’s face or making them uncomfortable in anyway.

Even in cities or countries where weed is legal does not mean you can smoke in public.

Whoever Rolls It, Sparks It

This one is pretty simple. If someone rolls up a joint or blunt, let them light it up first before proceeding onto the age-old tradition of passing to the left.

Not everyone has the requisite skill or dexterity to roll up their own joint, so some appreciation is due when a host or one of the guests does the honors.

Even when offered, it’s always polite to decline and instead let whoever did all that hard work enjoy the fruits of their labor first.

RELATED:  10 Must-Read Tips for Your First Trip to a Medical Marijuana Dispensary

Offer Guests the First Hit from a Pipe

This doesn’t just apply to weed etiquette but to all situations where you find yourself playing host.

Having some friends or relatives over for dinner? It’s often customary, if not simply polite to offer them the first serving or plate.

The same idea carries over to occasions where everyone is sharing a single pipe. This can be a bong or regular hand pipe, bubbler, chillum or anything of that sort.

A good host always offers the guest first. Doing so not only makes them feel much more welcome in your home but also increases the chances of having repeat visits in the future.

Also known as hogging up the joint. Whether intentional or not, holding on to the pipe or joint while you ramble on about whatever crosses your mind is certainly a faux pas.

If smoking from a pipe, just take a good puff and pass it on before continuing onto whatever it is what you wanted to say.

When it comes to smoking joints or blunts though, the term “puff puff pass” comes to mind so taking a couple of puffs before passing it to the left is perfectly fine.

If you notice that the bowl of the pipe you’ve just puffed on is coming close to being cashed (meaning that contents are pretty much just ash), make it a point to tell this to the person you’re passing it to.

The last thing anyone wants is a surprise consisting of inhaled ash. If the bowl has already been completely cashed, ash the bowl before passing it on back to the owner.

This ensures that no one walks away with any negative vibes from trying to smoke a cashed pipe.

While you might be loved by your friends for your chaotic neutral vibe and witty/sarcastic banter, that doesn’t exempt you (or anyone else for that matter) from being a total weed hog.

You might think you’re being extra sneaky taking those much deeper and longer inhales from the pipe, but everyone around you is bound to notice.

Even if they might not call you out on it, no one wants to be considered as “that guy” who makes it a point to cash the entire bowl every time it gets passed to him or her.

A good general rule to follow to avoid this is to just take a puff equivalent to one breath of air.

Just don’t puff on that pipe like it’s the last breath of oxygen you’re ever going to get, it never leaves a good impression.

After all is said and done, the most important thing to keep in mind is to keep things light and keep things fun.

Not everyone in the world is a shining paragon of marijuana etiquette, but that doesn’t necessarily make them a bad person, nor should you heatedly call them out on any minor gaffs they might commit.

We’re all in this together to relax and have a good time, so regardless of whatever social slights that might occur, keep the good vibes rolling and don’t forget to pass that pipe.