Should You Invest in Cannabis Stocks?

Cannabis stocks can be high risk, but also high growth! Should you invest in cannabis stocks? Here's what you need to know about getting started. 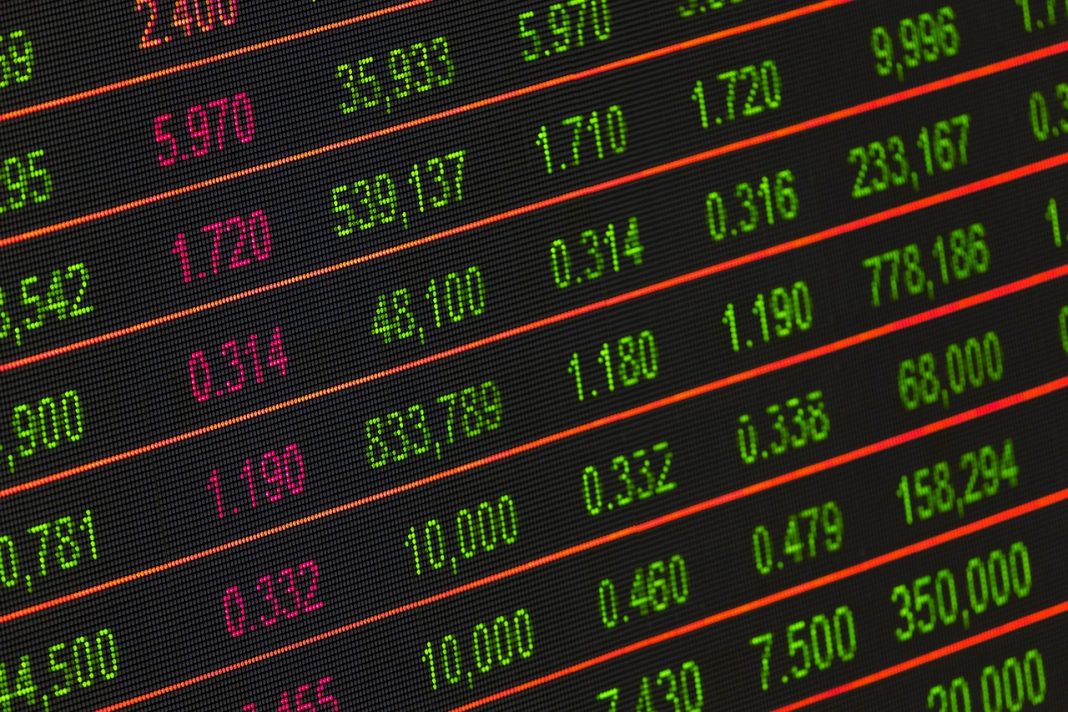 Everything’s coming up green! And we don’t just mean marijuana. Businesses are seeing huge profits from the growing popularity of cannabis.

The miraculous properties of this plant are popping up everywhere. It’s predicted that global sales are expected to triple in the coming years.

People are touting cures using CBD oil left and right. Plus, it seems like the U.S. is slowly moving towards the legalization of marijuana at the federal level. We’ve already seen many states make the move.

You may be rushing to dive into this growing enterprise. Who wouldn’t want to cash in on this magical crop? But before you rush into purchasing cannabis stocks, there are some things you should know.

Cannabis stocks can be high risk, but also high growth! Should you invest in cannabis stocks? Here’s what you need to know about getting started.

With the growing legalization across the country as well as the support of the majority of Americans, you may be leaning towards purchasing stocks in marijuana.

After all, who wouldn’t want to stake a claim on this rapidly expanding industry?

However, there are still things to consider before going all-in on investing in cannabis stock.

Despite the rapidly growing legalization in other countries like Germany and Canada, the U.S. is still projected to account for three-quarters of the total cannabis revenue three years from now.

There still remains a problem. Marijuana is still illegal at the federal level. Which puts a huge wrench in the U.S.’s potential for income.

RELATED:  How to Start a Business in the Cannabis Industry

If you’re going to invest in something, you should get to know what it is! There are actually two main chemicals in the cannabis plant. These are known as cannabinoids.

They are tetrahydrocannabinol (THC) and cannabidiol (CBD). THC is the ingredient that is known for having a psychedelic effect. CBD is known for its therapeutic and medicinal properties.

Depending on the state, some laws allow for marijuana to be used for medicinal purposes, while others have also decriminalized it for recreational purposes.

Be sure to check the laws in your specific state, as there are still some limits on who is allowed to have marijuana, as well as where they are able to smoke it.

Now that many cannabis companies are becoming more popular, some have chosen to go public. This means you can now purchase stocks, which will, in turn, help the companies raise money to speed up growth.

Canada has already become a leader in the industry by legalizing recreational cannabis. It is projected that Canadian cannabis stocks will grow from $600 million in 2018 to $5.2 billion in 2024.

You may also consider investing in Germany, which legalized marijuana in 2017. Their projected growth is expected to reach $1.6 billion by 2022.

If the U.S. were to join the ranks of countries legalizing marijuana at the federal level, they would be the largest contributor to the global marijuana market.

Ultimately, if all goes well, there’s a good chance you’d stand to increase your profits significantly in the next few years. So why shouldn’t you invest?

Here Are the Cons

There’s always the risk when investing in stocks that the projected growth won’t come to fruition. Without a crystal ball to see into the future, there’s really no way to know for sure that the industry will meet expectations.

The second concern with investors is that the current valuation of cannabis stocks is already priced at its projected growth. If you buy now, the costs might be so high that they have nowhere to go.

Plus, there’s always a chance that the federal government could step in.

The federal government still considers marijuana illegal, so they could start cracking down on businesses that are selling it in those states that have legalized it. There’s no way to know for sure.

The question surrounding how marijuana will be taxed is still on people’s minds. Taxes paid on marijuana stand to bring economic wealth to states who have legalized it.

However, it also makes cannabis expensive. This could cause a drop off in sales if it gets too pricey.

Plus, the competition of the already established black market can affect sales. Businesses in states like California, which legalized marijuana back in 2018, saw slower growth than originally expected.

This was because people were able to buy cannabis for a cheaper price through the black market.

Keep in mind that Canadian businesses aren’t planning on selling marijuana in the U.S. until it is legalized at the federal level.

This can affect the growth of the Canadian industry because if they can’t sell outside of the country, then eventually they will have an overflow of product and not enough customers.

This could cause their growth to fall short of predictions. Just because global marijuana sales are successful doesn’t mean the stocks will automatically skyrocket.

Some of the current cannabis stock evaluations are priced at price-to-sale ratios of 40. Considering that the average for other industries is usually 8, the amount that marijuana sales will need to increase is considerably high.

There’s no guarantee that this will ever happen. The high cost is reason enough to avoid investing in cannabis stocks.

RELATED:  Smoking from a Bong: What You Should Know

What You Should Invest In

The chance remains that you could stand to earn a lot from cannabis stocks. If you’re leaning towards taking the plunge and investing you should follow best practices when buying any type of stocks.

Investigate the business you are buying from. Make sure they have a strong management team and a track record of success. You don’t want to purchase stocks from executives who have a history of unprofessional or unethical behavior.

Research the financial status of each marijuana stock you are planning to buy. They may not necessarily be profitable but they should at least have enough cash to fund operations. Also, learn more about the marijuana industry and the cost of growing it.

Businesses that can grow cannabis at a lower cost are more likely to be able to reasonably price their products. Calculate their enterprise-value-to-production capacity ratio. This will help you decide the value of the entire company versus the total capacity of cannabis in kilograms that they can grow each year.

This information will help you decide if the company is well off. But it still won’t guarantee that their stocks will increase.

Stocks Are a Gamble

There’s no way to know for sure which businesses will actually come out on top in a few years from now. Probably only a few of the hundreds of companies around the world will make it.

Cannabis stocks are very volatile right now. If you’re an everyday investor, you should be okay with potentially losing any money that you invest. If that’s not the case, then it’s probably not a good idea to invest.

Good luck with your investment ventures! We hope this information will help you make a more informed decision when purchasing stocks.

To stay up to date with everything marijuana news related, bookmark this site and check back often.

RELATED:  How to Start a Business in the Cannabis Industry