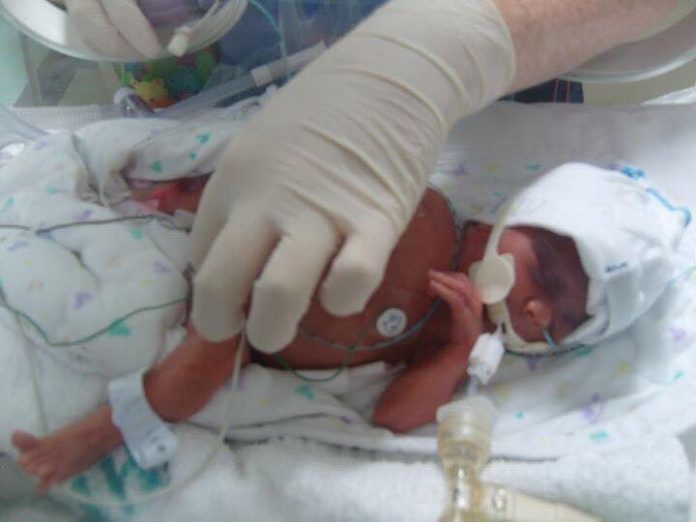 Thank you Geraldine and Eddie for sharing your heartwarming story, @eddiewoodman11!

The story of Eddie was submitted by his Mom, Geraldine.

Eddie was born 11 week early and suffered a brain bleed at birth, once the bleeding had stopped it left him with cysts on his brain.

For the first few months he seemed to do ok and progressed slowly,once he got to around 8/9 months he had a big seizure and was rushed to hospital.

He kept coming out of one and going straight into another so they sedated him. From that day we lost the Eddie we knew, he went back to a newborn baby.

Eddie is now 7 and has several complex needs.

RELATED:  What is a Medical Marijuana Card?

He’s nil by mouth and gastric fed he can’t sit or crawl. Over the years he’s been on so many different medications that haven’t worked or he’s had very bad side effects from so had to be stopped.

In February 2018 he was going down hill fast and his seizures were becoming out of control, I had heard about CBD oil so did some research.

I rang the hospital who wouldn’t help as they couldn’t but said we could increase his medication and possibly add a 3rd.

During my research I had actually looked into the medication he was on and realised how debilitating they actually were and what they were doing to him.

I ordered some CBD oil and started him on it. I didn’t see a huge difference in seizure reduction so took to the internet and found another oil that had a small amount of THC.

I bought the oil and started it in April, at first the seizures seemed to get worse but kept going.

I started to see a difference and knew I wanted him off pharmaceuticals to try get the best from the oil.

I started to wean medication very slowly and after the initial few days we started to see real progress.

So 6 months later we are now on only half of the epilepsy pharmaceuticals.

He’s no longer on sleeping medication and off antibiotics.

His development has improved. He can now roll over. He’s more vocal although it’s only noises, it’s more than we had.

He has better movement in all his limbs and he actually looks at me now and follows me around.

School have said he’s more willing to take part in activities although he certainly lets them know if he doesn’t like it but that’s the fighting spirit in him.

My aim it to get him off all pharmaceuticals and just use cannabis oil as I think we will see more development.

He still isn’t seizure-free but a huge reduction and not as severe.

Hopefully by next year our goal will be met 🌱💜

If you have received an awesome benefit from using Cannabis, tell us your story to help support the legalization of Cannabis. Help spread the word on the positive health benefits marijuana provides. Share anything else that you think may help others in similar situation. Inspire someone today.

You can email it to our founder – clarisa@ganjly.com. Hope to hear from you! Here is the link to the guidelines – https://ganjly.com/share-your-story-how-has-cannabis-changed-your-life/