If you’ve ever been in a #dispensary, you know how radically different it is from being in a liquor store. Most require IDs to be checked before you’re allowed in the door and some have armed guards.

This is all due to regulations that have been imposed on both state and local levels, but many people don’t realize the extent these regulations hinder businesses.

No matter what industry you’re in, managing a business will be laden with obstacles to overcome if you’re going to be successful.

The cannabis industry is especially full of barriers like regulations since it is still federally illegal and subsequently labeled as “high-risk” to insurance companies, banks, and payment systems.

Artisans on Fire, a leading marketing agency for the cannabis industry, came from an online gaming industry marketing background.

They were prepared for strict regulation to begin with, but they told Ganjly that weren’t prepared for how strict it really is.

RELATED:  You Can Use Cannabis to Treat Destructive Addictions

“Most of our early clients needed packaging design and we prided ourselves on creating vibrant-packaging, with bursts of color, animals representative of the mood a strain might put you in, and delicious looking fruits to represent the terpenes found in every product” said Dustin Iannotti, Co-Founder and Chief Creative Officer at Artisans on Fire. “We submitted to the state for approvals right as the first marketing regulations came out, and lo and behold, no animals, no fruits, and only two colors were allowed because they believed that it all appealed too much to children! We were denied across the board!”

These regulations don’t just impact marketing– they heavily impact the growers as well. Ray Schiavone, CEO of Tahoe Hydro, told us that Nevada recently changed its guidelines and lowered yeast and mold CFUs by more than a third and added a zero tolerance for aspergillus. “We have heard of businesses losing complete harvests due to regulation changes. We had to completely change to more resistant varietals 90 days prior to harvest,” said Ray. He also warned other businesses by saying, “producers that are not evolving as quickly as the regulators will be left behind.”

RELATED:  How Cannabis Businesses Utilize Science and Technology to Advance

We also see distribution companies suffering due to taxes and tariffs. “Import rates are the greatest obstacle for us because they’ve slowed down production and delayed orders for months,” says Darby Cox, CEO of Smoke Cartel, a top online head shop and smoking accessories platform that sources glass and vaporizers from Asian markets. “We’ve gone through strenuous regulation testing for all of our machinery to ensure it was compliant and environmentally safe, and we’re still dealing with the fallout.”

Cox says that patience is the key to handling import rate hikes and delays. “Strong relationships with vendors helps, as does the ability to make it through compliance quickly by already using superior products and manufacturing partners,” she continues.

But some companies have difficulties finding the right relationships to work with, as we were told by Jordan Friedman, CEO of a high-risk payment system for the cannabis industry named Zodaka. “When we first started out, many traditional software companies refused to work with us due to the fact that we move money in high-risk verticals (and particularly cannabis)” said Jordan. “This made building our solution tricky because we were limited to only working with cannabis-friendly tech companies.”

The obstacles we’ve seen aren’t just limited to North America. The cannabis industry is very much alive and expanding in Europe, but are still posing challenges for industry leaders to overcome. “One of the challenges of this fast global growth is getting an educated and experienced workforce that is willing to do what it takes, said Brian Mertz, CEO of Medican, a Danish medical cannabis cultivation company. “Many employees think it is romantic to work in the cannabis industry, but is 98% hard work and 2% romance.”

If you’re thinking of starting a business in the cannabis industry, don’t forget to take into account all the obstacles that you will be faced with over the coming years.

Take these examples as mere hints at how difficult the industry is to work in. 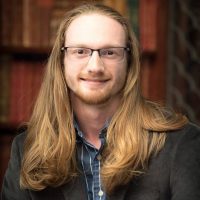 Author Bio: Zane Bader currently works at NisonCo as an account manager. He also sits on the Board of Directors for Students for Sensible Drug Policy (SSDP), where he is on the executive committee and is the secretary for the Board. During his undergraduate studying Mathematics at the University of Georgia, he founded the Psychedelic Club at UGA, as well as helped lead his University’s SSDP chapter and local marijuana reform organization. He was previously employed at UGA’s Center for Research on Behavioral Health, where they conducted the largest and longest comprehensive study on drug abuse treatment within the United States.

What Can CBD Do for Your Cat

Benefits Of One Hitters And Concealed Cannabis Options