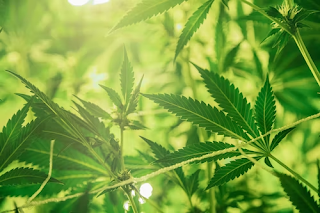 Although medical marijuana is rapidly becoming league in multiple states across the country, recreational marijuana seems to be falling behind. Only a handful of states—Colorado, Washington, Oregon, Alaska, Maine, Michigan, Nevada, Vermont, Illinois, Massachusetts, New York, New Jersey, Virginia, Connecticut, Rhode Island, and New Mexico (along with Washington D.C. and Guam)—currently allow recreational marijuana in some capacity. And, of course, every state has a unique process and rules for obtaining it. Understanding how they work, which laws are applicable in each state, and how to find dispensaries can be a significant challenge. Today, we’ll cover five of the most famous states to have recreational dispensaries and how it works in each one.

Colorado has been a forerunner in medical and recreational marijuana. The state has taken a progressive approach to marijuana laws and regulations. It was the first state in the U.S. that actually legalized medical marijuana. Then it became one of only two states (along with Washington) to legalize recreational marijuana use as well. The state is one of the leading pioneers in marijuana legislation, and it will continue to be a leader as more states legalize recreational marijuana use. In 2012, Colorado voters approved Amendment 64 by 55 percent, making it legal for people 21 or older to have up to one ounce of marijuana for personal use. Since then, the state has seen unprecedented growth in the cannabis industry. This includes medical marijuana dispensaries, recreational marijuana shops, and marijuana cultivation facilities. This comes with challenges, including an influx of new businesses, people seeking their fortunes from other states, regulations, and compliance costs. The future is bright for the cannabis industry in Colorado.

In California, recreational marijuana has to follow specific rules. You can only buy it from licensed dispensaries, and it can’t be used in public. Adults over 21 can legally buy recreational marijuana (although they must purchase it from licensed dispensaries.) It’s also illegal to drive while under the influence of marijuana. Residents can grow six plants at home if they’re over 21, but there’s a catch: it can’t be turned into a product or be produced with volatile solvents. Open container laws apply to marijuana as well (it needs to be in a sealed package or in the car’s trunk). All dispensaries must be licensed as well. Products undergo rigorous testing, and the amounts of THC and CBD are supposed to be on a product’s label (and very accurate). The state does allow delivery as well as pickup in-store. Similar to other states, cannabis can’t be transported across state lines or used in national parks. 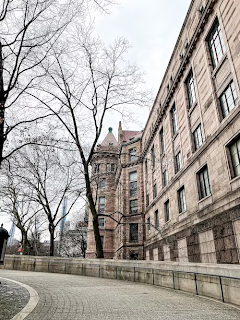 Speaking of state lines, Washington borders Oregon and has its own distinct recreational marijuana laws. Speaking of state lines, Washington borders Oregon and has its own particular recreational marijuana laws. Washington state has some pretty relaxed marijuana laws (at least compared to the rest of the country). The state legalized recreational marijuana for those 21 and older back in 2012, but it wasn’t until 2014 that licensed dispensaries began opening up. Today, it’s relatively easy to purchase marijuana from these shops. Washington residents can also grow their plants (up to 15). If you’re 21 or older, you can have up to one ounce of a marijuana-infused product to be consumed on private property and bought from a licensed store. You can’t use marijuana in public spaces or drive under the influence. You also can’t grow your own to sell, although you can grow it for medical use. As with other states, dispensaries are on a cash-only system.

RELATED:  5 Things to Know Before You Set Your Foot in Any Chicago Weed Dispensary

Can A Doctor Prescribe Medical Marijuana in Florida?