What are the Benefits of CBD Oil? 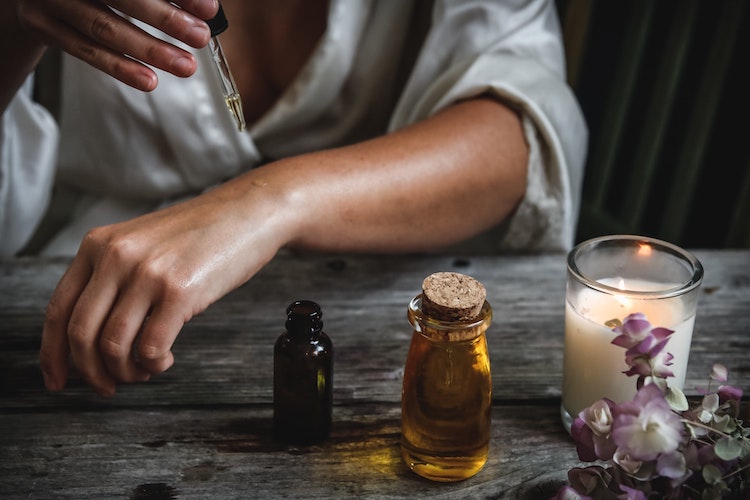 CBD is the abbreviated form for cannabidiol, one of the many active compounds of the cannabis plant. Another compound found in cannabis is tetrahydrocannabinol which causes the psychoactive effect (high) associated with marijuana. Unlike THC, CBD is not intoxicating. Therefore, it is suitable for people looking for the healing benefits of marijuana without the associated mind-altering effects. CBD is obtained from the cannabis plant then combined with a carrier oil such as hemp oil to form CBD oil.

One of the notable things about CBD oil is that it has recently gained momentum in the health and wellness sector, with some studies confirming that it can heal symptoms such as chronic pain and anxiety. You can buy CBD oil in Colorado for the following benefits.

Cannabis has been used to treat pain for centuries naturally. But most recently, scientific studies have shown that certain compounds of the cannabis plant, specifically CBD, help alleviate pain. What happens is that CBD interacts with the human endocannabinoid system that regulates different body functions, including immune system response, sleep, and appetite.

When you use CBD oil, your body produces endocannabinoids, neurotransmitters that link to cannabinoid receptors in your nervous system. By influencing the endocannabinoid receptor activity, CBD reduces pain and inflammation. Multiple studies have found that combining CBD and THC can help alleviate pain associated with multiple sclerosis and arthritis.

Can relieve anxiety and depression

Conventionally, anxiety and depression are managed through prescription drugs which can cause unpleasant side effects such as drowsiness, nausea, weight gain, sexual dysfunction, headache, and insomnia. What is even worse is that depression medications like benzodiazepines can lead to dependence, hence substance abuse or addiction.

Thankfully, CBD oil is promising as a treatment for both anxiety and depression. According to a Brazillian study, 57 men were given oral CBD 90minutes before taking a public speaking test. The study found out that a 300mg dose of CBD was effective in reducing anxiety. CBD has also shown antidepressant benefits in various animal studies. What happens is that CBD interacts with the brain receptors for serotonin hence regulating social behavior and mood.

The fact that CBD interacts with your endocannabinoid system when you use CBD oil is evidence that it may benefit people with neurological disorders. One of the most studied uses of CBD oil is treating neurological health conditions such as multiple sclerosis and epilepsy. Although research is still new and limited, Sativex and cannabis-derived oral spray containing CBD and THC effectively relieve muscle spasms associated with multiple sclerosis.

According to a study, Sativex effectively reduced muscle spasms in 75% of the 276people with multiple sclerosis under study. Another study also confirmed that CBD oil effectively reduces seizures in children suffering from dravet syndrome, a rare kind of epilepsy in kids. Generally, CBD helps manage symptoms associated with neurological disorders such as Alzheimer’s and Parkinson’s’ disease.

CBD-infused topicals have been very effective in reducing inflammation on the skin. Acne can result from bacteria, overproduction of sebum, underlying inflammation, or even genetics. Due to its ability to diminish sebum production and anti-inflammatory benefits, CBD oil has effectively treated acne.

According to a study, CBD inhibited sebaceous glands from producing excessive sebum, prevented the activation of acne agents like inflammatory cytokines, and triggered anti-inflammatory actions. A different study also found that CBD oil is effective as a skincare product thanks to its anti-inflammatory properties.

One of the many reasons many people use CBD oil is to relieve the unwanted side effects linked to cancer treatment, such as nausea, pain, and vomiting. One study looked at the effects of CBD on pain in cancer patients who did not find relief in prescription medications. The patients treated with CBD oil experienced a significant pain reduction than those treated with THC alone.

Another benefit of CBD is that it reduces nausea and vomiting associated with chemotherapy in cancer patients. Conventional medications are used to relieve such symptoms, but they may not be effective at times, making patients seek alternatives. Some animal studies have further indicated that CBD has anti-cancer properties, and one test found that it induced the death of breast cancer cells in humans.

CBD oil positively impacts your heart health and particularly the circulatory system, as it lowers blood pressure. High blood pressure causes health conditions such as headaches, dizziness, stroke, and heart attack. According to studies, CBD can help regulate your blood pressure. A study in which 9healthy men were treated with 600mg of CBD oil discovered that CBD reduced blood pressure.

Experts have suggested that the anti-stress and anxiety-reducing properties of CBD also help it lower blood pressure. Another animal study found that CBD is a powerful antioxidant that inhibits inflammation and cell death associated with heart conditions.

Other healing benefits of CBD oil

Higher Love Wellness CBD oil has many other healing benefits apart from the ones mentioned above. Although further studies are necessary, CBD oil has been effective in the following ways.

Although more research into CBD is required, hemp-derived CBD oil has many therapeutic and healing benefits. You can sublingually use CBD oil, ingest it, apply it on the skin, or infuse it in food products or beverages. However, you must discuss with your physician before using CBD oil for any health condition to ensure your safety.

RELATED:  Cannabis: The Future Use of the Most Popular Plant