CBD oil is widely used and is known to have a lot of health benefits. Keep reading to know about the different types of CBD oils and their uses. 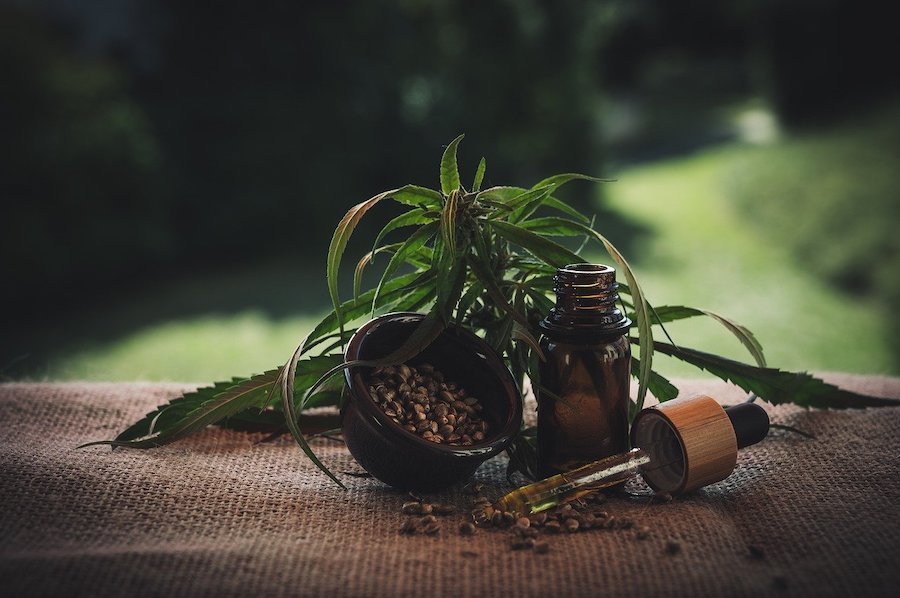 You might have heard about CBD oil and how it can be a great medication for various ailments. In fact, it can be legally prescribed by doctors in a lot of countries including the US, given that the oil contains a limited concentration of THC.

CBD oil is created by extracting CBD from cannabis plants and combining it with a carrier oil such as coconut or hemp seed oil. With its increasing use and popularity, CBD oils are becoming quite confusing for users. In this article, we have listed the different types of CBD oils along with their uses.

Three types of CBD oil are mainly available. The chemical ingredient composition in each of the products is the only difference between broad spectrum, full spectrum, and CBD isolate.

CBD isolate is a CBD-only product that comes in the form of crystals or powder.

The oil is thoroughly extracted and filtered in a full spectrum extract, but none of the cannabinoids or other chemicals are eliminated. Full spectrum CBD can’t get you high, even though it contains THC. However, it will show in a roadside oral swab test.

Many of the other chemical components and cannabinoids in a full-plant isolate have therapeutic effects, which is one of the advantages of a broad spectrum CBD oil. For example, anti-inflammatory effects are seen in terpenes in cannabis plants. Other cannabinoids contained in whole plant extracts are suggested to boost CBD’s overall advantages.

A 2005 study found that CBD oil containing a full-plant extract had more therapeutic benefits than CBD alone. Because the oil contains all of the cannabinoids and other chemical ingredients, you will experience the entourage effect, which is the good result of chemical synergy.

If you are confused between CBD isolate and full spectrum, broad spectrum can be your perfect shot. It contains every chemical compound found in marijuana except for THC. With the exception of THC, it has all of the beneficial chemical elements, so you’re likely to reap some of the entourage effect’s benefits.

Because CBD isolation contains solely CBD (cannabidiol) and no other cannabinoids, terpenes, or beneficial fatty acids from the plant, it is a real CBD or CBD oil. Isolate is usually sold as a crystal or powder; however, some companies also market it as an oil.

It’s created using the same extraction method as other CBD oils. However, in this case, after the extraction of cannabinoids, the CBD is filtered out. Then it goes through “winterization,” which is a cooling process, to get rid of the other chemical substances still present.

You can use an isolate for vaping. In its powder or crystal form, it is administered sublingually, under the tongue. Isolate is much cheaper and has no THC. However, the drawback is that with THC, you won’t get the entourage effect.

Now that you’ve learned about the many forms of CBD and CBD oils available, it’s time to learn about the various types of CBD carrier agents. A carrier agent is the medium through which CBD and other cannabinoids are ingested. Although CBD oils and tinctures may look similar, they are actually quite different.

The name itself is pretty self-explanatory. The CBD and other cannabinoids in the plant are extracted and turned into an oil.

The most common extraction form is oil extraction, and it is frequently used as the carrier of choice for making oils at home.

The following are examples of common oil carriers:

A CBD tincture is a CBD liquid that employs alcohol instead of oil as the carrier base. Tinctures are made by soaking cannabis in a grain alcohol with a high proof. The combination is then placed over a low heat for a long period of time to allow the plant chemicals to infuse. The alcohol evaporates over time, and the infusion occurs. Tinctures, unlike oils, may normally be preserved for extended periods of time.

CBD oil is known to have numerous health benefits. Below are some ways,  studies have shown CBD can be good for you.

CBD’s capacity to relax is likely its most well-known effect and one of the reasons for its widespread use. There was a study in the Brazillian Journal of Psychiatry in 2017, that published test results of CBD on 57 males through a simulated public speaking test.

The Food and Drug Administration (FDA) approved the use of CBD under the trade name Epidiolex in patients aged two and up to treat seizures caused by Lennox-Gastaut syndrome and Dravet syndrome, two rare forms of epilepsy.

Eleven persons with post-traumatic stress disorder (PTSD) received CBD combined with standard psychiatric care for eight weeks in an outpatient psychiatric clinic, according to a small 2018 study published in the Journal of Alternative and Complementary Medicine. It was seen that PTSD symptoms declined in ten of the eleven participants.

From 2012 to 2016, four more human trials found that CBD lowers PTSD symptoms, but some of them included THC, or tetrahydrocannabinol, the major mind-altering component in cannabis. When THC and CBD operate together, they create an “entourage effect,” which means they enhance and complement each other’s benefits and potency.

CBD appears to be useful in the treatment of chronic, non-cancer pain, according to ongoing research in the United States. Researchers provided CBD externally to a patient group with symptomatic peripheral neuropathy (a condition caused by neurological damage in the brain and spinal cord) in a study published in 2020, while a placebo was given to another group of patients with the same ailment.

When compared to those who received a placebo, individuals who applied topical CBD had a major decrease in acute, sharp pains and chilly, stinging sensations. There were no negative side effects reported by any of the volunteers.

CBD oil applied topically does not have the same systemic effect as if it were injected directly into the bloodstream. Topical CBD, on the other hand, is more targeted and helps pain in a specific location.

Some research, including preclinical animal studies and human clinical trials, suggests that CBD could be used to help people who are addicted to opioids.

Researchers gave CBD to patients with heroin use problems in one such study. CBD dramatically reduced heroin users’ resting heart rate, resting heart rate, withdrawal anxiety,cue-induced cravings and salivary cortisol levels over the course of a week. No significant side effects were observed.

Other studies have found CBD to be successful in treating psychological and medical symptoms such as anxiety, sleeplessness, and pain in patients with substance use disorders, suggesting that CBD could be a viable therapy option for opioid addiction. However, more research is required.

Hemp was removed from the Controlled Substances Act’s legal term of marijuana in the 2018 Farm Bill. As a result, in the United States, certain hemp-derived CBD items with lower than 0.3 percent THC are now legal. CBD products containing over 0.3 percent THC are classified as marijuana by the federal government, making them illegal in the US but lawful in some states.

Always examine the rules of the state you’re in, especially if you’re traveling. Another thing to keep in mind is that the FDA has not approved CBD products without prescription, and some products in the market might be mislabelled.

There are mainly three different types of CBD oils: isolate, broad spectrum, and full spectrum. Topicals, gummies, oils, and other product forms are among the options.

Because the CBD market is unregulated, consumers must exercise caution when choosing a CBD product. People interested in using CBD products to treat health problems should seek medical advice and suggestions.

RELATED:  CBD and Your Health

RELATED:  What is CBD Shatter and How to Use It