Everything You Need to Know About Kief 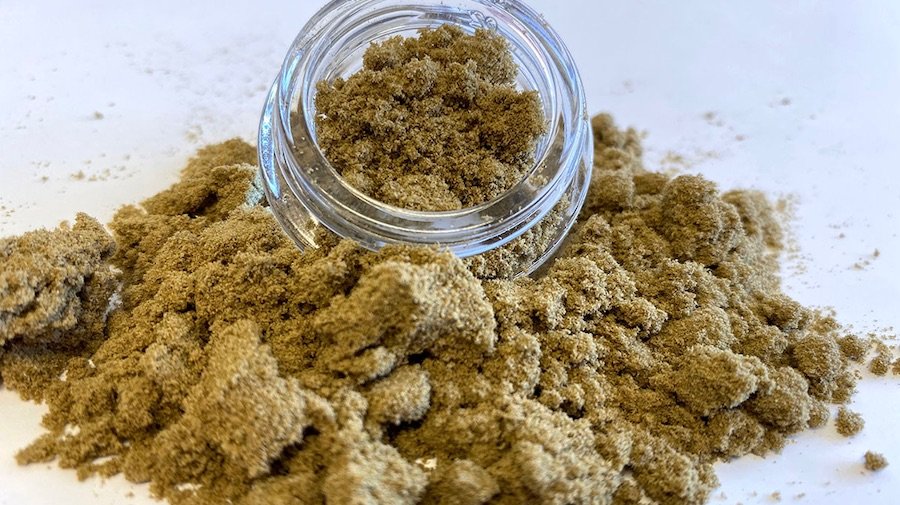 It may seem that new medical marijuana products emerge in dispensaries by the day.

One of the most exciting products to hit shelves of medical marijuana dispensaries recently is none other than kief.

Read along to discover everything you need to know about kief, along with its potent quality, how it’s made, and how it’s used to create Moon Rocks.

Kief is one of the most natural and original forms to consume medical marijuana.

Kief describes a collective of trichomes. Overall, kief is labeled as a medical marijuana-based concentrate. However, kief does not require solvent, but instead, involves friction.

All cannabis flowers produce trichomes. Each trichome head contains cannabinoids, such as THC, CBD, and so forth. Furthermore, trichome glands contain terpenes and flavonoids, which are responsible for marijuana’s flavor and aroma.

If you’ve ever ground medical marijuana flowers, you will notice that the grinder’s bottom is filled with golden-brown dust. This “dust” is composed of individual trichome glands. Once collected, the trichome glands are called kief.

Now, let’s take a look at how kief is made.

How is Kief Made?

Originally, kief is produced by shaking medical marijuana flowers. As the delicate trichome glands break off, the resinous compounds are collected. The result is kief, which can then be placed on top of cannabis flowers for added potency.

Interestingly enough, kief is un-pressed hashish. Due to the lack of heat required by hashish, kief takes on a golden-brown color that makes it incredibly appealing.

Now, most medical marijuana producers use tumblers. Tumblers are small to medium-sized machines that tumble medical marijuana flowers. The tumbler is equipped with a sieve, which allows the tiny trichomes to pass through.

Over time, the majority of trichomes will fall through the sieve and into a container. Once complete, producers collect the trichomes to create kief.

Although kief can be used in conjunction with cannabis flowers and concentrates, it’s commonly used to create Moon Rocks.

What Are Moon Rocks?

The concentrate acts as the bond between the kief and the flower. Overall, Moon Rocks are ultra-potent medical marijuana products that feature three of the most popular forms of cannabis.

The Effects of Kief and Moon Rocks

The effects of Kief are slightly different than consuming medical marijuana flowers, edibles, or concentrates.

The effects of kief are surreal, clear-headed, and potent. Overall, kief provides euphoric awareness, energetic creativity, and utter relaxation. The primary reason why kief produces such a clear-headed experience is that it’s composed strictly of trichomes.

Compare kief to medical marijuana flowers, containing plant lipids, chlorophyll, and other compounds aside from cannabinoids, terpenes, and flavonoids. Alternatively, kief does not have secondary products, such as chlorophyll or plant lipids.

As such, kief provides a much cleaner effect that’s characterized by a lack of drowsiness.

Moon Rocks, on the other hand, produces a multitude of effects. Moon Rocks are composed of kief, flower, and concentrate, which guarantees a rich experience.

Ultimately, Moon Rocks provide euphoria, relaxation, energy, and an abundance of psychoactive effects. If you need medical marijuana that provides a strong kick, there’s no better option than Moon Rocks.

Let’s take a look at the medical issues that kief and Moon Rocks can assist with:

How to Use Kief and Moon Rocks

Ready to learn how to use kief or Moon Rocks?

If you want to consume Moon Rocks, all you need is a smoking device and lighter — that’s it! Smoking Moon Rocks are as easy as consuming medical marijuana flowers. Remember, breaking apart Moon Rocks is a little bit messy due to the added kief and extract. Overall, you should break apart Moon Rocks with your fingers instead of a grinder.

If you decide to use kief, it’s best to place it on top of the medical marijuana flower. Think of kief as the perfect side-kick of cannabis flower. Remember, kief is potent, so sprinkle a tiny amount before you light your pipe or bong.  Read on to find different smoking devices made for whole flower use.

The Appeal of Kief and Moon Rocks

If you prefer to consume medical marijuana concentrates without the potential chemical residue, kief is the perfect option.

Moon Rocks appeal to medical marijuana patients that need the most potent effects possible. Although kief is potent on its own, it cannot compare to Moon Rocks’ composition of concentrate, kief, and flower.

Get Your Medical Marijuana License in Florida Today

If you’re ready to experience the potent and awe-inspiring effects of kief or Moon Rocks, it’s time to get your card and head to a dispensary near you!

RELATED:  How To Maximize Your Cannabis Yield

RELATED:  How To Maximize Your Cannabis Yield