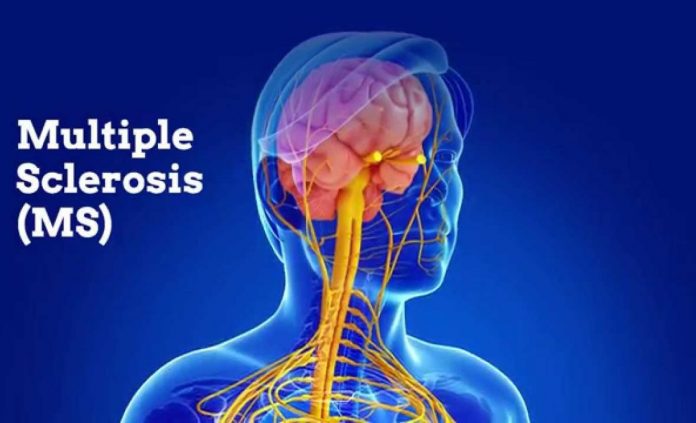 Could cannabinoid-rich, full spectrum #CBD oil be an effective treatment for Multiple Sclerosis?

Research and anecdotal evidence suggest that CBD oil provides not only an effective treatment for #MS but is actually preferred over medical marijuana, which comes with marked side effects.

MS is a debilitating autoimmune disease in which the immune system attacks the protective covering around neurons.

It causes a slow and agonizing deterioration of the central nervous system, which causes patients to lose motor coordination and control and often results in the death of the patient.

As of now, there is no known cause or cure, and medications commonly used to treat the condition often come with severe side effects while doing little to slow the progress of the condition. Some promising studies have shown the benefits of hemp CBD products in patients with MS.

A treatment which seems to both slow the progression of the disease and help to reduce symptoms such as pain, tremors and spasticity without serious, long-term side effects is supplementation with cannabinoids such as those found in full spectrum CBD oil.

In fact, more than 40 percent of MS patients claim that supplementation with cannabinoids is effective at reducing symptoms of their condition.

If you are new to CBD and don’t know much about it, like how it works in your body and how to use it, read our Beginner’s Guide to CBD, the Ultimate Guide.

There have been a number of studies and patient surveys which provide both clinical and anecdotal evidence of the efficacy of CBD oil in treating MS.

As far back as 1998, the British House of Lords looked at the evidence collected to date and reported, “We have seen enough evidence to convince us that a doctor might legitimately want to prescribe cannabis to relieve…the symptoms of multiple sclerosis and that the criminal law ought not to stand in the way.”

Additionally, researchers at the London’s Institute of Neurology looked at the existing data and concluded, “In addition to symptom management, cannabis may also slow down the neurodegenerative processes that ultimately lead to chronic disability in multiple sclerosis and probably other diseases.”

In 2005, a survey taken in the UK found that 43 percent of MS patients had used medical cannabis to treat their condition.

A couple years earlier, a Canadian study found similar results. Researchers in the study, which was published in the Canadian Journal of Neurological Sciences, reported that a full 96 percent of patients found cannabis helpful in reducing their symptoms.

The authors concluded, “This is an exciting time for cannabinoid research. There is a growing amount of data to suggest that cannabis (marijuana) can alleviate symptoms like muscle spasticity and pain in patients with MS.”

RELATED:  The Difference Between Hemp and Marijuana Plants

Britain-based pharmaceutical manufacturer GW Pharmaceuticals has been actively involved in developing drugs based on cannabinoids such as CBD.

In actual Phase III clinical trials of GW’s Sativex, the drug proved to perform better than a placebo at reducing pain and spasm frequency.

The evidence was compelling enough that in April 2005, the company received approval from the Canadian government to market Sativex for the treatment of Multiple Sclerosis.

Aside from merely treating the symptoms of MS, medical scientists are also looking at the potential of cannabinoids in slowing the progression of the disease.

Labeling the results of one study “interesting and potentially exciting,” the American MS Society said recent research demonstrated that treatment with cannabinoids actually slowed the progression of neurodegeneration in mice.

Currently approved pharmaceuticals used to treat MS are known to come with some serious side effects.

Aside from causing patients to become dizzy or lightheaded, these drugs also increase a patient’s risk of unconsciousness and death, especially when taken with alcohol.

Lab studies done with mice have also shown that two common MS drugs, clonazepam and diazepam, might be the cause of birth defects in test subjects.

In contrast, any side effects caused by the use of CBD oil are typically very mild. They include drowsiness and decreased appetite.

In some studies, users have reported diarrhea as a side effect; however, this is suspected to be due to the quality of the CBD oil being used and not the cannabinoids themselves.

RELATED:  3 Things Parents Need to Know About CBD Before Giving It to Their Children

Hemp CBD Oil vs. Medical Marijuana and THC for MS

While medical marijuana also provides an effective treatment, the THC found in marijuana is widely known to cause side effects such as altered states of consciousness, impaired motor skills and a decline in cognitive abilities. CBD oil, on the other hand, produces none of these effects.

According to a presentation given at the 2018 Annual Meeting of the Consortium of Multiple Sclerosis Centers (CMSC) in Nashville, Tennessee, CBD oil is preferred over marijuana for treatment of MS.

The presentation, titled “Hashing it out: Cannabis for Multiple Sclerosis,” was given by Matthew Makelky, PharmD, a researcher at the University of Colorado.

Lawmakers in a majority of U.S. states have looked at the anecdotal and clinical evidence up to date to determine if cannabinoids are effective at treating MS.

Most have added MS as a condition which qualifies residents in the state for access to medical marijuana and/or low-THC, CBD-rich hemp oil with a doctor’s recommendation.

The evidence that backs up the efficacy of cannabinoid-rich CBD oil in treating MS is extremely encouraging for MS patients.

More research is warranted to determine the full effects of cannabinoid supplementation on MS patients, as well as how to maximize those benefits.

In the meantime, thousands of MS patients claim to be enjoying an improved quality of life and a slowing of the progression of their condition as a result of using full-spectrum, cannabinoid-rich CBD oil.

What Can CBD Do for Your Cat