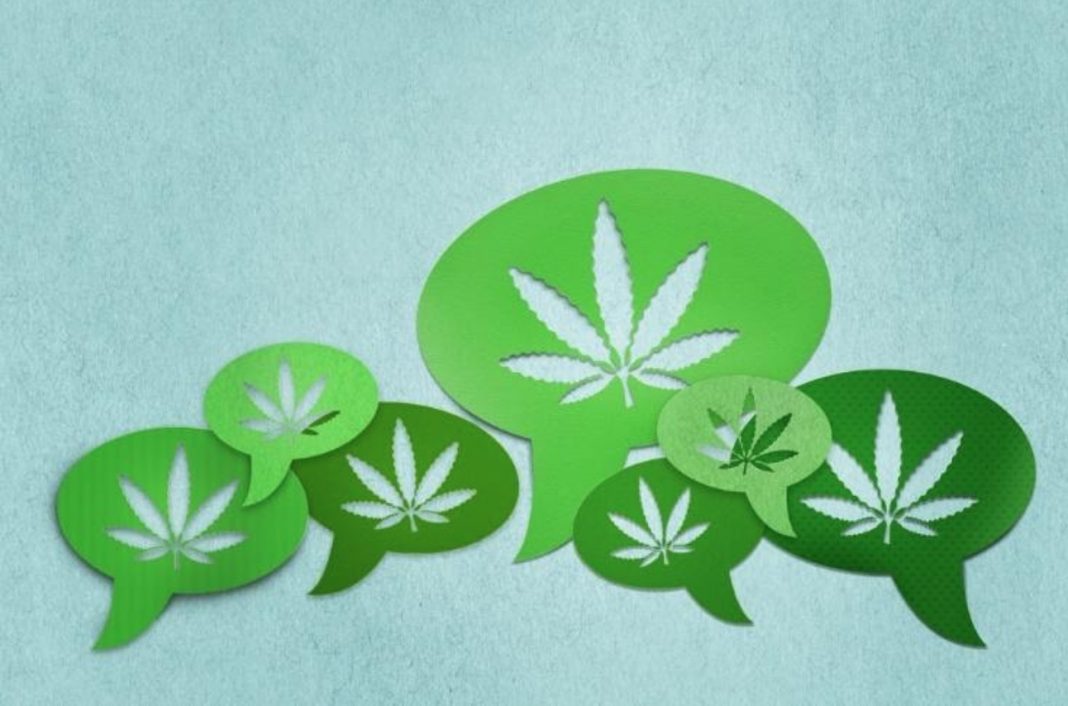 #Marijuana is legal in some form across 40 states, and 10 states allow anyone over 18 to buy and partake in weed recreationally — but that doesn’t mean that everyone understands marijuana, let alone agree with its legalization.

Even if you have long been a #weed enthusiast, you probably have more than a few people in your life who don’t quite get why marijuana should be allowed, let alone enjoyed.

Here are a few ways to considerately and accurately tell your friends and family about weed, so they can help advance legalization efforts.

Are Marijuana and Hemp the Same?

The cannabis plant was among the first crops domesticated by humans at the dawn of agriculture. Anthropologists believe that cannabis was the first plant cultivated for use in textiles, like clothing and rope. However, those early cannabis plants weren’t marijuana — they were hemp.

The difference between marijuana and hemp is a significant one. Though they derive from the same plant, cannabis, marijuana plants, and hemp plants cannot be used for the same purposes.

Hemp is hardly psychoactive; it has trivial amounts of THC and is grown primarily for its fiber, which is naturally water-resistant, pest-resistant, mold-resistant, lightweight and strong.

In contrast, marijuana has much higher THC content and is grown for use as a drug, perhaps to relieve pain or anxiety or else to simply help a user feel happy and have fun.

Hemp was critical to the success of America’s early colonies, and at the federal level, hemp is legal to grow and process.

Marijuana has a much more complicated legal status — but that doesn’t mean it isn’t beneficial. You might direct your friends and family to read more about the nuances of hemp and marijuana here: https://weedmaps.com/learn/the-plant/hemp-vs-marijuana/

Most people believe that marijuana is dangerous for one of two reasons:

Both are false — mostly.

Marijuana does have effects on a user’s mind and body, and those effects can be both good and bad.

Many sufferers of various medical conditions rely heavily on marijuana for its effects; for instance, cancer patients undergoing chemo swear by marijuana’s ability to stimulate appetite, and people with severe, chronic nerve pain use marijuana products to manage everyday activities.

However, marijuana affects different people differently. A dose that might cause one person to feel pleasantly happy might drive another to paranoia. It is important to be careful with marijuana, just as one would be with alcohol or a prescription drug.

As for the second claim, studies performed on marijuana in the 1920s and ‘30s found that the drug does drive deviant behavior — but those studies were swiftly overturned in the 1940s. Since then, no research has even indicated that marijuana use creates violent impulses.

However, the illegal marijuana trade is rife with violence because various gangs and growers have no choice but to defend their criminal organizations against outside threats.

The legalization of medical and recreational marijuana does away with this dangerous black market and ensures safe, high-quality products for everyone.

What Are the Benefits of Marijuana?

You may already know that the benefits of marijuana are manifold — but when you are trying to convince a reluctant group, you might do well to start with the most easily acceptable advantages.

First, marijuana is already widely applied as a treatment for otherwise difficult to manage health conditions. The symptoms of Alzheimer’s, Crohn’s, epilepsy, glaucoma, multiple sclerosis, cancer, and other painful and distressing diseases are mitigated by marijuana.

Marijuana has already been critical in the development of an FDA-approved drug for managing particularly devastating forms of epilepsy and schizophrenia: https://www.fda.gov/news-events/press-announcements/fda-approves-first-drug-comprised-active-ingredient-derived-marijuana-treat-rare-severe-forms. At the very least, marijuana should be available as a medical treatment to aid those who need it.

Secondly, legal marijuana could bolster struggling communities with cash. Legal marijuana is heavily taxed, just like alcohol and cigarettes, so states that enjoy legal recreational weed also enjoy high revenues, which they can use to improve schools, fix roads and otherwise boost their communities.

Colorado is an excellent example — though recreational marijuana has been available for just over five years, the state has passed $1 billion in collected taxes, which is devoted to developing better education, health care, and youth programs. Even if a person doesn’t partake in marijuana, they benefit from this extra tax revenue.

Finally, marijuana is fun. Like alcohol, it helps people relax and have a good time, and as long as a user knows their limits, it poses almost no health risks.

It seems absurd to limit access to a nearly harmless drug that offers so much. Do know that too much of a good thing is bad for you. Don’t smoke weed and drive. Don’t consume too much and be couch-locked.

A primary reason it has taken so long to see legal recreational marijuana use is that stoners aren’t often a coherent and convincing group. There is a stigma that stoners are lazy.

If you spend some time researching the truth about marijuana and make your case with logic and passion, you might be able to win over a few more pro votes from confused friends and family.

RELATED:  Exploring The Compounds That Give Cannabis Its Smell