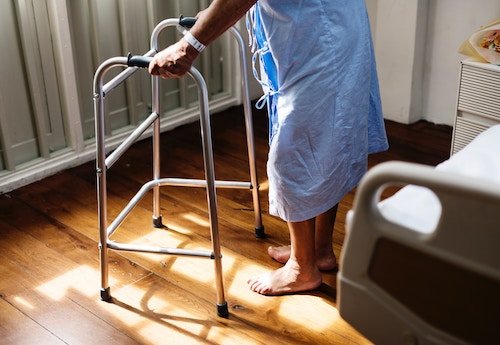 What are the effects of medical marijuana on Parkinson’s disease? Can it help relieve its symptoms, including disrupted or slowed movement?

And how important is cannabis marketing in informing the public about the health and medical benefits of MMJ? Let’s find out in the following.

What is Parkinson’s disease?

Characterized with symptoms that develop over the years steadily and slowly, Parkinson’s disease, also called PD, is a neurodegenerative disease affecting the dopaminergic neurons found in the substantia nigra, a specific brain area.

Its symptoms, however, vary from one patient to another because of the disease’s diversity. Some patients struggle with at rest tremors that they describe as a pill rolling hand tremor.

On the other hand, others struggle with symptoms that can include limb rigidity, gait and balance issues and Bradykinesia.

Unfortunately, the disease has no cure, although treatment options, such as surgery and medications, are available.

And while it is not fatal like cancer, it can pose serious health complications, which according to the Centers for Disease Control and Prevention are the 14th leading cause of deaths in the US.

Aside from symptoms, including slowed movements and rigid limbs, PD complications include sleep disorders, depression and dementia. Dementia, for one, develops, because the condition does not only affect movement, but it also disrupts brain portions that control memory and thought.

In fact, up to 80 percent of PD patients also develop Lewy bodies, which are protein deposits, in the brain. PD patients with dementia suffer from symptoms that also include trouble concentrating, memory loss and poor judgment.

RELATED:  Delisting of Cannabis as An Illegal Drug: Thailand First in Asia!

Studies have also revealed that phytocannabinoids in cannabis can be valuable in neurological uses that include treatment for Parkinson’s disease, multiple sclerosis, childhood seizure disorders and neuropathic pain.

These are not all the neurological conditions that cannabis can help treat but also mood and psychiatric disorders, including anxiety, schizophrenia, postconcussion syndrome, addiction, depression and posttraumatic stress disorder are now being explored to find out how phytocannabinoids can help.

One thing that makes CBD effective in the treatment of neurological conditions is its ability to affect neuroinflammation positively.

CBD works with CB2 receptor pathway in order to reduce the level of the pro-inflammatory mediators and cytokine.

RELATED:  How is Fresh Weed Important for The Best Weed Experience in Surrey?

In addition, it helps in slowing down the migration of the microglial cell, stimulating an increased neuroplasticity and facilitating for the growth of new neurological cells to increase the level of brain-derived neurotropic factor.

All the cellular changes that CBD bring about are positive in effects in terms of mediating as well as enhancing psychosomatic behaviors, such as depression and anxiety.

Backing all these up, this American Academy of Neurology factsheet presents new research on medical cannabis in terms of treating some neurological disorders.

Based on the review, medical cannabis can be effective and safe for conditions, including the different symptoms of multiple sclerosis, motor/movement symptoms in Huntington disease, and tics in Tourette syndrome.

In addition, medical marijuana is also claimed to be effective in managing the symptoms of Parkinson’s disease, including uncontrolled and temporary movements due to medication, abnormal neck movement and seizures in epilepsy.

RELATED:  Here Are the 6 Most Popular Vape Devices to Check This Month

In addition to the benefits of medical cannabis on neurological diseases, it is a promising solution to those suffering from other medical conditions.

While MMJ cannot treat HIV and AIDS, it can improve related symptoms, such as weight loss, nausea and anorexia.

In fact, a published study in the Journal of Pain and Symptom Management revealed that 97% HIV sufferers improved appetite with cannabis aid.

On the other hand, 93% reported anxiety and nausea relief, while 94% noted reduced muscle pain.

It helps patients improve the quality of their lives because it can help stimulate the appetite to deal with anorexia and weight loss with which many cancer patients struggle.

Aside from stimulating the appetite, cannabis can also fight off chemo-induced nausea.

RELATED:  Is It Legal to Purchase CBD? Check This Guide Before Buying

For one, it is also prescribed by medical marijuana doctors for spinal cord injury, which can affect movement and potentially result to total function loss in some specific body parts.

In fact, Oxford Centre for Enablement researchers revealed that MMJ extracts can enhance neurogenic symptoms that do not respond to traditional treatments.

The Importance of Informing People about Marijuana’s Health Benefits

A few of these, such as newspapers, packaging design, industry-specific magazines, periodicals, radio spots, website and podcasts, can reach more number of people.

Informing the people about the health benefits of medical marijuana can promote better public awareness.

It will also prevent misinformation about the wonder herb that can help ease symptoms and treat various neurological and non-neurological diseases.

Informing the public about these health benefits will also promote correct use and dosage for enhanced safety.

Nevertheless, promoting awareness on the medical benefits of cannabis will lead to more people getting better from their disease, including from the debilitating Parkinson’s disease.

With dispensary marketing, people will also have better knowledge on the medical and health benefits of using cannabis as a combination treatment with other medications or therapies and on the aid that it gives in relieving the symptoms of various diseases, such as multiple sclerosis and mood disorders, including depression and anxiety.

RELATED:  How to Use a Bong for the First Time

Author Bio: Olivia Davis is an enthusiastic, creative author and the Communications Assistant at Dr.Green Relief – Medical Marijuana Doctors. Our mission is to aid patients with qualifying conditions to get their MMJ Card so they can use, possess and cultivate medical marijuana legally.

RELATED:  How to Use a Bong for the First Time