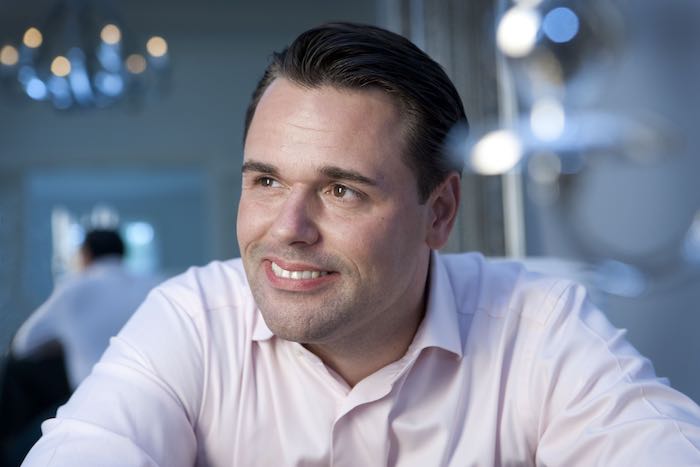 Brian Mertz, CEO of Medican, @Medican7, has twenty years of experience with start-up enterprises where he has served on C-level management teams, boards of directors and in executive level management position.

Brian first invested in the cannabis industry Nube Serena in 2015, an industrial hemp and CBD production company based in Uruguay and became a board member of the US-listed cannabis-based fund Newbridge Global Ventures Inc. in 2017.

He founded Medican in 2017 and quickly engaged in the opportunity to apply and obtain a license for medical cannabis cultivation in homeland of Denmark.

He served as Chief Operations Officer of the Nasdaq listed IT-security company EuroTrust in the period of 2001 to 2004, where he worked with the company’s largest shareholder, VeriSign (now Symantec).

Brian was the founder and Chief Executive Officer of Guava A/S (former Notabene.net), a Danish online marketing company listed on the Danish Stock Exchange from the period 2004 to 2009 and Chief Executive Officer of the Norwegian listed entertainment company GIG Inc. during the period 2012 to 2014 and CEO of the US listed company NABUFIT from 2015-2017.

We got the chance to interview Brian and we learned about Medican, current situation of hemp and cannabis in Denmark, what condidtions can doctors in Denmark legally prescribe cannabis and what makes Medican unique from other cannabis cultivation companies.

Read on to learn about Brian and the remarkable company, Medican.

Ganjly: What is your background and what is your relationship with cannabis?

Brian Mertz: I have been an investor in the cannabis industry space for the last 3 years and been on the BoD of a US-listed cannabis investment company prior to the foundation of Medican in October 2017.

Ganjly: What is Medican and when was it formed?

Brian Mertz: Medican is a Danish cannabis company with a focus on producing high quality indoor cannabis and manufacturing targeted cannabis consumer products with the purpose of exports throughout Europe. Medican also has a wide range of cannabis investment and majority ownership in UK-based company, Uruguayan LP, with more than 75 acres of land and a German based GMP-certified import and distribution company.

RELATED:  Tahir Johnson: The Importance of Social Equity, Inclusion and Justice in the Cannabis Industry

Ganjly: What is the current situation with Denmark in terms of hemp, medical and recreational cannabis?

Brian Mertz: Industrial hemp has been allowed for several years and the approval of medical cannabis was approved by the United Danish Parliament in December 2017. The Danish politicians have been moving fast on the legislation to allow cultivation, manufacturing, and sales/export, and they want to create a Green Denmark with high quality products for Danish patients and an export venture for Danish producers. Currently only 30-40% of the Danish Parliament is for legalization of recreational use.

Ganjly: What countries does Medican export to?

Brian Mertz: We will export to Germany starting December 2018 and are researching the possibility for Greece and Italy. Furthermore, we expect legalization in UK and France within the next 12-18 months and will expand our cultivation/distribution capabilities to these countries.

RELATED:  Dr. Trina Hazzah: Founder of The Veterinary Cannabis Society and Green Nile Educates Us About Cannabis for Pets

Ganjly: What conditions can the doctors in Denmark lawfully prescribe cannabis as authorized medicine? How has Medican helped their clients?

Ganjly: What makes Medican unique from other cannabis cultivation companies?

Brian Mertz: Medican is one of the only independent cannabis producers in Denmark with a unique ability to move fast with the evolving opportunities in the European cannabis industry. Within the last 10 months, we have been able to build a 30,000 sq ft indoor state-of-the-art facility in Denmark, 75 acres of land for outdoor cultivation with 180,000 sq ft of greenhouses and a German based GMP facility for import and distribution of medical cannabis to the 30,000 patients in Germany.

Ganjly: What is your hope for the cannabis industry 5 years from now?

Brian Mertz: I don’t believe much in hope – But I believe in timing. It is the best timing right now to be in the cannabis industry. The European market is gigantic with a population higher than 700 million people. In Germany alone, the cannabis market gained 30,000 patients in the first year after legalizing and the expectations is that the market will double each year for the next five years – increasing to more than 500,000 people and a volume of more than 200,000 kilos a year – we are going to see these numbers all over Europe. My wishes for the cannabis industry is that all politicians across Europe see the advantage of the products and work with the producers to ease the route of products all the way from cultivation to the end user.

Thank you so much Brian for taking the time to do the interview. To know more about Brian and his company Medican, go to Medican.com.

Medican is a Danish company founded in October 2017 licensed to cultivate cannabis in Denmark. The team behind Medican consists of Danish and foreign forces with years of experience in the cultivation of medical cannabis in the United States and Uruguay. They cultivate consistent, natural, high quality medical cannabis with compassion, sustainability and integrity.