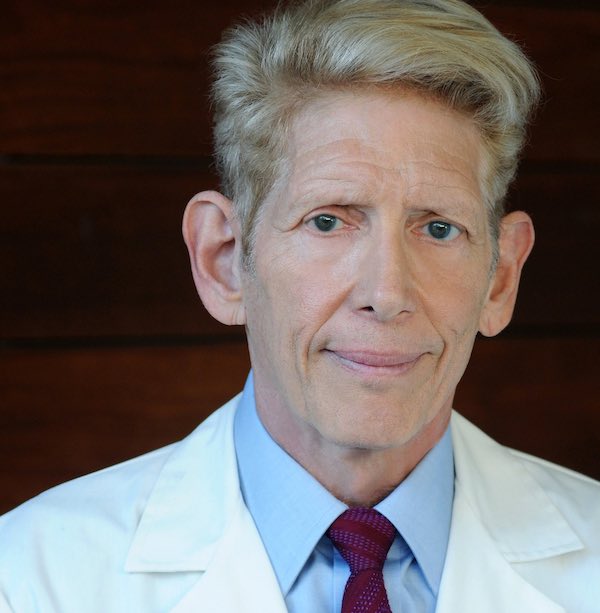 Prior to this role, he was co-director of the Center for Biogerontology Life Extension Medical Clinic. Dr. Kaufman was also Director of the FirstFitness Scientific and Medical Advisory Board.

As a distinguished scientist, researcher and product developer, he has particular expertise in weight management, anti-aging, nutraceuticals, fitness, wellness and nano-biotechnology.

In the summer of 2013, he co-founded NanoSphere Health Sciences, in which he provided his ideas and basic concepts of a nanosphere delivery system.

The company then undertook developing the idea over a period of several years—to not only provide research and development and proof of concept, but also provide the platform for its commercialization which resulted in the NanoSphere Delivery SystemTM and patents on nanoparticle delivery and nano-encapsulation.

Dr. Kaufman earned his Ph.D. in BioNutritional Chemistry from the University of Brussels, which has led him to a track record of excellence in superior product formulation, the authorship of best-selling books in the field, including The Age Reduction System (1986) on anti-aging.

We had a chance to interview Dr. Kaufman. Read on below to learn more about him and his company.

What’s your background and what made you decide to enter the cannabis industry?

Dr. Richard Kaufman: During the 1980’s I co-directed the Center for Biogerontology, the first life-extension medical clinic in America.

For more than 25 years I developed more than 150 innovative products for health-care practitioners and nutraceutical companies.

I realized the majority of supplements and nutraceuticals could not work and that most ingredients are not well absorbed.

Since that date we have grown into an award-winning multinational public biotech company.

In 2015, we entered the cannabis industry to overcome the problems of cannabis use imprecise dosing, low cannabinoid bioavailability, lung irritation and the unpredictable long onset delay of edibles.

Today our company makes the most advanced, diverse and potent nano-encapsulated cannabis products for medical therapy and adult recreation.

As company CSO, I am pushing cannabis delivery past boundaries into the future.

What are some trends shaping the industry? Where do you think it’s going?

Dr. Richard Kaufman: There are industry shaping trends our company is leading and influencing.

There is an expanding development of cannabinoid-based medicine with specific effects for treating a growing number of diseases.

There are increasing cannabis brand products with alternative delivery systems that are applied to gums, into the nose and on the skin.

Advances in research and intellectual property of the cannabis plant and delivery systems are making cannabis products more predictable and consistent acting.

More luxury cannabis products and brands will emerge for discriminating and elite users.

Eventual cannabis legalization at the federal level will re shape the industry.

In the future cannabis cosmeceuticals will improve the skin, fight skin aging and make you feel better.

What makes nanotechnology so important for medical delivery?

Dr. Richard Kaufman: Nanotechnology studies and applies materials, devices, and systems at a nanometer scale, a billionth of a meter.

Our company holds the only patent for delivering cannabinoids in protective lipid nanoparticles that provide a wide range of benefits for making medical cannabis products with increased therapeutic potential.

Edibles have a bioavailability of about 6%. The NDS transports a high concentration of cannabinoids across protective barriers of the skin nasal mucosa and oral mucosa to the bloodstream and endocannabinoid receptors in a shorter time.

Our nanoparticles are surrounded by an outer phospholipid membrane that extends cannabinoid bioactivity. The NDS provides precision-dose smoke-free administration. You can’t smoke a medicine.

What is your NanoSphere’s strategy?

They feature a precision-metered, microliter dose packaging system, which allows for standardization and consistent usage making them convenient to use anywhere.

We are licensing our NanoSphere delivery system platform and EVOVLE brand of cannabis products to partners in each cannabis legal state, Canada and foreign countries.

Picture this like hi-tech Starbucks systems for manufacturing pharmaceutical-quality uniform nanoparticle cannabis encapsulations.  We set up the equipment and train our partners on how to use it.

Our scalability will drive partner revenues and thus licensing revenues for NanoSphere.

The combined US and Canadian cannabis market is about $28 billion dollars.

RELATED:  Jessie Gill Interview: How to Talk to Your Kids about Marijuana [Tactics for Cannabis Education]

What makes Nanosphere stand out from competitors?

We have divisions for cannabinoids, pharmaceuticals, nutraceuticals, cosmeceuticals and animal health.

We are the only company in the world with patents for manufacturing and delivering nanoparticles containing cannabinoids and terpenes with increased bioavailability, increased bioactivity and greater therapeutic activity.

Our NanoSphere Delivery System is a Swiss army knife for cannabis. We are developing and marketing the next generation of medical and recreation cannabis products.

Do you have any upcoming products or technology that you’d like to hint at?

Smart nanoparticles can rapidly deliver NanoSphere encapsulated cannabinoids and terpenes directly from the nasal cavity to the brain and central nervous system receptors in minutes.

They bypass the highly restrictive blood-brain barrier allowing only 1% of cannabinoids to enter.

Their onset is 90 seconds. Making them a fast-acting alternative to smoking and vaping without lung irritation.

This is a breakthrough in cannabinoid and pharmaceutical drug delivery

NanoSphere is releasing our EVOLVE brand intraoral recreational formulas absorbed through the gums.

Score another game changer for NanoSphere.

Thank you so much Dr. Kaufman for doing the interview. Check out their website at NanoSphereHealth.com.

About NanoSphere: NanoSphere Health Sciences is a nano-biotechnology company focused on providing next generation delivery of nutritive elements and medications.

The evidence-based NanoSphere Delivery System™ provides up to six times more bioavailability by transporting essential ingredients directly to the bloodstream and cells.

As a result, NanoSphere Health Sciences is resolving complex issues in the cannabis industry such as uncertain dosing, low bioavailability, delayed onset action and reliance on the GI tract for systemic circulation.

Beyond cannabis, the company will use their proprietary technology in the biodelivery of supplements, nutraceuticals and over-the-counter medications for the pharmaceutical and animal health industries, and more.

The patent-pending NanoSphere Delivery System™ represents one of the most important developments for advancing the non-invasive and user-friendly delivery of biological agents in more than 25 years.

NanoSphere recently announced a partnership with Delta 9 Cannabis Inc. to bring their  Evolve Formulas products into the Canadian market.