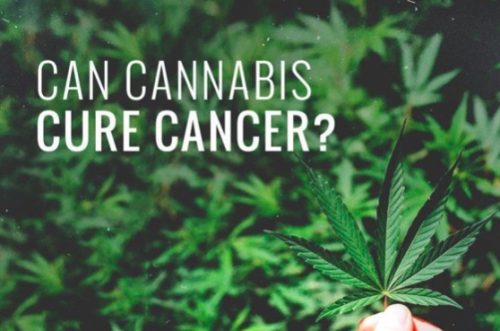 Many people have been using cannabis for thousands of years for both recreational and medicinal purposes. You can also find it in foods like the variety of cheese cannabis strains available in the market.

Marijuana has been claimed to have some health benefits, but one of the boldest claims is that it can cure cancer. Is it true? Can cannabis cure cancer? Let’s find out.

Astonishing testimonials go around on the internet, claiming that some people used cannabis to cure cancer. However, most of these stories are not true.

A lot of research on its medicinal uses gives different results from what most people believe. A review done in 2017 went through more than 10,000 previous researches.

The academy found some evidence for several cannabis applications, which included managing spams caused by multiple sclerosis and chronic pain.

The other evidence found was that THC, which is the primary ingredient in cannabis, helps in reducing nausea caused during chemotherapy.

Getting medicinal cannabis has become easy as you can get from  Ontario weed online by just a few clicks.

RELATED:  How to Invest in Medical Cannabis with Cannabis Crowdgrowing Platform JuicyFields.io

The reason why there is a big gulf between the perception the public has and the actual scientific evidence is the big misunderstanding that people have about cannabis.

For instance, a claim that’s aired a lot is that usage of THC in high doses can kill cancer cells inside a petri dish.

That’s correct, but not helpful because effective anti-cancer agents should kill the cancer cells selectively without harming the healthy cells, and cannabis can’t do that.

Ideology fixation is something most cannabis advocates are driven by as they think marijuana is better compared to pharmacological drugs because it’s natural.

That argument doesn’t make sense as there is no supporting evidence to back it up.

Even if we were to take the term natural as cannabis advocates put it to mean something that occurs with no human intervention, their argument still wouldn’t make sense.

There already are medicines derived from THC, and they do not cure cancer, which means that cannabis can’t too.

Some cannabis advocates have gone further to claim that drug companies are covering up the abilities of cannabis to cure cancer.

Such conspiracies are becoming common these days, but they finally end up collapsing.

RELATED:  All You Need to Know About The Top 8 Hemp Strain 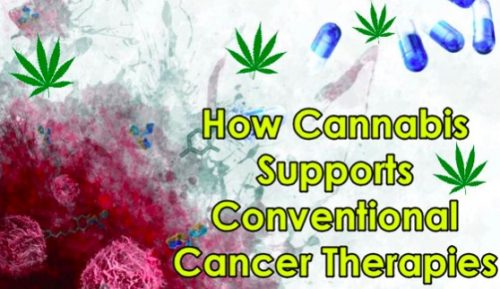 Cannabis, when vaporized or smoked, is beneficial and helps in relieving neuropathic pain (pain caused by damaged nerves).

The intake of cannabis has also been observed to help HIV patients improve their food appetites. People who take marijuana extracts during clinical trials tend to need less pain-relieving medicine.

The cancer patients who take prescribed cannabis to help them with issues like pain have been advised to avoid combining it with steroids as it can lead to other severe health issues like high blood pressure and gynecomastia.

Scientists have been setting up clinical trials of marijuana to see if it can help in curing cancer, and more tests are also underway.

So far, the experiments have shown that cannabis is safe to use during the treatment process, but scientists say that it hasn’t shown any signs of helping in controlling or curing cancer.

Therefore, it’s a terrible idea to rely on cannabis and avoid conventional medical procedures with the expectations of being cured.

Doing so only results in severe health consequences as marijuana hasn’t been proved to cure cancer yet.

The cancer society has supported the need for proper and specific research on cannabis for cancer patients.

This society has also recognized the fact that improved and effective therapies are vital, and more should be done to try and come up with one that works better.

The American Cancer Society says that how the drug enforcement agencies classify marijuana like a substance controlled by Schedule I imposes a lot of conditions on researchers.

This, in turn, hinders the proper scientific study of cannabis. Therefore, federal officials should come up with other options that are still in line with federal law and can help the scientific research of marijuana become more fruitful.

Medical decisions about symptoms and pain management should be between the doctor and the cancer patient.

Keeping these decisions between the two helps to balance the evidence about harm and benefits to a patient, values, and preferences of the patient, and any other existing rules and regulations.

However, The American Cancer Society which is the society’s advocacy affiliate is yet to take a stand on the matter of legalization of marijuana for medicinal purposes due to the need for more research on the potential harms and benefits of cannabis.

Nevertheless, society has opposed the vaping or smoking of marijuana in public places because it poses many health hazards to cancer patients.

Although the role of cannabis in curing cancer is yet to be known, it has some benefits to cancer patients.

Chemotherapy is not just painful; it makes you lose appetite and can cause nausea as well.

However, cannabis has proved to be quite useful for cancer patients. It stimulates appetite, reduces pain and nausea, which helps you to get through the chemotherapy much more relaxed.

RELATED:  How Do You Choose the Best Cannabis Pipes?

6 Reasons Why You Need to Get a Medical Marijuana Card

4 Ways to Keep Your Stash from Drying Out