Top 6 Reasons Why Weed Is Great For Women

Marijuana legalization is sweeping the United States and cannabis products are becoming more and more mainstream. 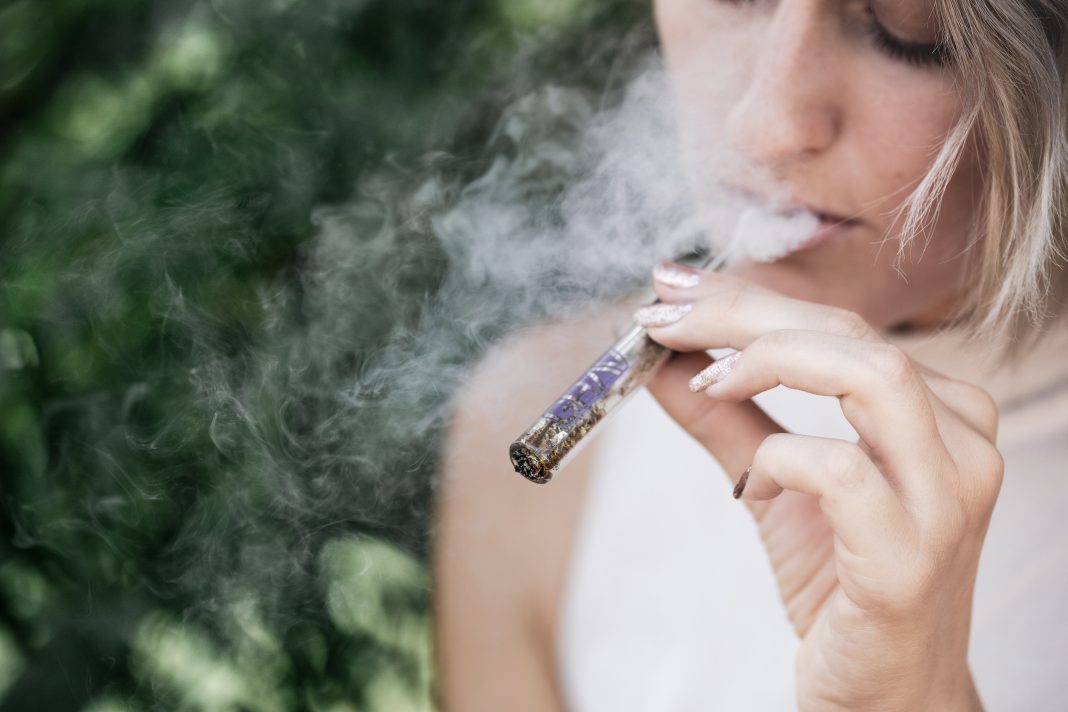 The image of the lazy stoner guy giggling at his Cheetos is obsolete. Business people, influential thinkers, medical professionals, and star athletes are all now public about their cannabis use.

One of cannabis’ emerging demographics is women. From the devoted stay-at-home mom to the motivated professional, cannabis is giving the girls the giggles.

But most women don’t know the many startling female-specific benefits of this medicinal plant. As you’ll learn, Mary Jane is really good for Mary Jane.

RELATED:  How Cannabis Businesses Use Hardware Technology to Get Ahead in the Industry

Women are twice as likely as men to suffer from depression and anxiety, according to the Anxiety and Depression Association of America.

These common mental illnesses can have dramatically adverse effects ranging from job loss to the disintegration of personal relationships.

Weed has been a heavy hitter in clinical trials for treating post-traumatic stress disorder.

Studies have shown that microdosing can keep daily anxiety and depression at bay.

RELATED:  Benefits Of One Hitters And Concealed Cannabis Options

Cancer cells have an abundance of cannabinoid receptors. Your endocannabinoid system is used to up-regulate breast cancer to kill the disease.

Cannabinoids in weed attach themselves to cancer’s receptors to stunt the growth of tumors.

Eventually, the body wants to choke off the tumor altogether using cannabinoids.

As it turns out, weed helps fight off all three different types of breast cancers.

In many cases, women fighting breast cancer have to endure a series of operations and treatments such as chemotherapy and breast reconstruction that cause severe stress, pain and require extensive healing.

Marijuana has long been a source of relief for women battling this disease as patients said they felt more comfortable and less stressed while using cannabis.

Furthermore, CBD, the non-psychoactive ingredient in weed, is a prolific pain killer.

Cramps become less painful under the influence of even a small amount of weed. Additionally, cannabis can help with breast tenderness and overall irritability.

Perhaps the best benefit of weed for your period is sleep.

Certain strains, especially Indicas, help promote a long and deep sleep, which is extremely beneficial in helping your body regenerate and heal.

One study clearly shows a positive correlation between marijuana use and good sex.

Men and women who smoke weed have 20% more sex than their non-toking counterparts, but this begs a question: Do the people who like weed have more sex naturally or does the weed itself make you randier?

It doesn’t matter. You want to join this club. There’s even a legal strain for women known as Sexxxpot.

RELATED:  Salve vs. Balm vs. Butter: What's the Difference?

The modern woman is under an enormous amount of stress as a result of juggling a career, accomplishing goals and managing her personal life.

It’s a hard cycle to break once you’ve wound yourself so tightly with daily stress and anxiety.

Weed is a great way to put your stress on the back burner and bring to light the rest of the positives in your life.

There’s still a stigma around weed and being unproductive, however, for many, it’s becoming a tool to help with unwinding and pushing past negativity for a brighter future.

While we’ve all been caught staring into our fridge at two in the morning with the munchies, studies show that cannabis users have a lower Body Mass Index than those who don’t use.

Cannabis is not the miracle weight loss pill however, research from The University of Calgary in Canada shows that while THC did not cause those already at a healthy weight to lose weight, it did help reduce levels of obesity in others.